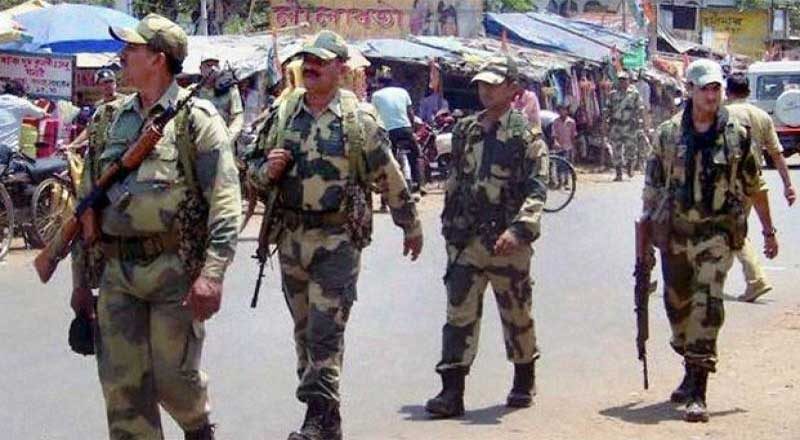 With growing pressure to crackdown on terror groups, the Army had killed three Jaish terrorists including one believed to be a conspirator in the Pulwama attack.

The  Jammu and Kashmir government sought additional paramilitary forces for the valley, about 50 companies were being airlifted to Srinagar. Out of these, five companies landed in Srinagar on Saturday evening.

The state administration had again sought about 100 companies of the Central Armed Forces (CAFs) for Kashmir amidst massive crackdown on separatists groups including the Jamaat-e-Islami.  The Jammu and Kashmir police along with security forces were working round the clock to ensure deployment in sensitive areas of the state.

About 10,000 central armed police force (CAPF) personnel and “urgently deployed to take indirect and direct actions taken by the government in the wake of the Pulwama attack. One reason could be the possibility of a violent reaction by Pakistan to Union Minister Nitin Gadkari’s recent remark that “India will not allow its share of water from the Indus network of rivers to flow into Pakistan. With this there are about 65,000 CAPF personnel comprising CRPF, BSF, SSB and ITBP are presently deployed in the Valley, apart from the army and J&K police.

In the other side, Pakistan has asked its villages, located close to the border, to vacate,” said the official.

In Srinagar 16 locations and around the area, CRPF, which had been deployed for static duties , was being replaced by the Border Security Force (BSF) and the Indo Tibetan Border Police (ITBP). The additional force help in planning operations better.

The deployment coincided with dozens of raids overnight, arrest of Yasin Malik, J&K Liberation Front chairman and Abdul Hamid Fayaz, Jamaat-e-Islami chief  and around 150 people, mainly from the Jamaat, were detained but the separatist Joint Resistance Leadership put the number at 200.