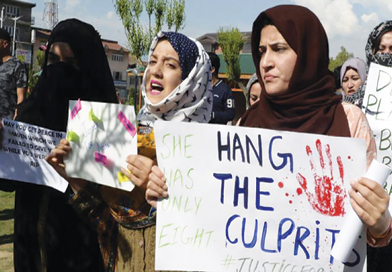 Amid nationwide grief and anger over the rising child rape cases, the government has said it has started the process to amend law to introduce death penalty for rape of minors below 12 year of age.

The Central Government in a letter, submitted to the Supreme Court said that it has started the process to amend the Protection of Children from Sexual Offences (POCSO)Act to introduce death penalty for rape of minors till 12 year of age.

The Centre submitted its report while responding to a PIL filed by Advocate Alakh Alok Srivastava, seeking maximum sentence of death penalty to those offenders involved in the rape and brutal murder of children between the age group of 0 to 12.

The apex court three-judge bench, headed by Chief Justice of India (CJI) Dipak Misra and comprising of Justices AM Khanwilkar and DY Chandrachud, fixed the matter for further hearing to April 27.

Disturbed over the rape and murder of an eight-year-old girl in Kathua, Union minister of Women and Children Development Maneka Gandhi had few days ago asked her department to work on a proposal to amend the POCSO law to bring in the provision of death penalty for the rape of a minor below the age of 12 years.

“I have been deeply, deeply disturbed by the rape case in Kathua and all the recent rape cases that have happened on children. I and the (women and child development) ministry intend to bring an amendment to the POCSO Act asking for death penalty for rape of children below 12 years,” Maneka Gandhi was heard saying in a video, which was uploaded on Twitter.

The minor girl in the Kathua case, who belonged to the minority nomadic community, had disappeared from near her home in the forests next to a village in Kathua, 90 km from here, on January 10.