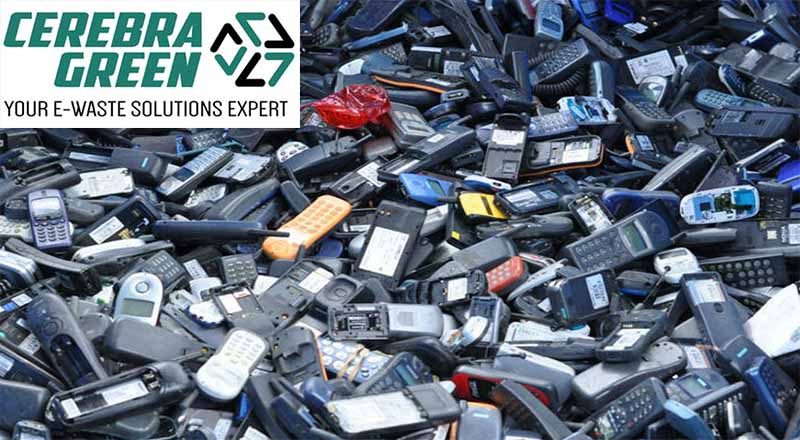 Cerebra Green has announced the conclusion of its ‘India Clean-up Week’, conducted in association with Manufacturers Association of Information and Technology (MAIT), Ministry of Electronics and Information Technology (MeitY), Ministry of Environment Forests and Climate Change (MOEFCC) and Digital India, with the aim of raising awareness around the proper and safe disposal of e-waste. The drive succeeded in recovering over 10 metric tonnes of e-waste across 7 cities between 13th – 19th October, making it the first and the largest e-waste drive conducted in India.

The devices donated during the drive mostly included printers, monitors, old mobile phones, cables, TVs, refrigerators and laptops across cities. City -wise, the Cleanup Week was able to recover around 5 metric tonnes of e-waste from Bangalore, 2 metric tonnes from Delhi and 1 metric ton each from Mumbai, Pune, Chennai & Hyderabad. People mostly including female & males in the age group between 20 to 50 years participated from Bangalore, 20 to 80 years participated from Delhi, 25 to 60 years from Mumbai, 25 to 50 years from Chennai, 15 to 60 years from Hyderabad and 10 to 70 years from Pune.

Cerebra Green engaged with municipalities, colleges, schools, corporates, resident welfare associations, electronics shops and IT parks, among others, in each of the cities to execute the cleanup drive. Residential areas, schools and colleges displayed the maximum amount of interest and participation in the drive. Corporates like Asian Paints, Reliance Infrastructure, Minda Rinder also participated.

Following the success of the Cleanup Week, V Ranganathan, CEO and Founder, Cerebra Integrated Technologies said, “We had originally began this effort merely as an awareness campaign, but we were pleasantly surprised with over 10 MTs of e-waste recovered in just 7 days across cites. The e-waste recovered through the India Clean-up Week will now be treated through the right disposal practices at our recycling facility at Narssapura, Kolar, Karnataka. Cerebra Green will own the property of ‘Clean Up Week’ in India by having this drive annually.”