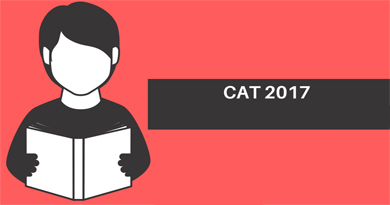 While in CAT 2016 all the top 20 candidates were male and engineers, this year the top 20 list contains two female candidates and three non-engineers, IIM Lucknow said in an email. IIM-Lucknow was the coordinator for CAT 2017. IIM-Lucknow declined to give further details on the demographic profile of successful candidates.

Twenty of the 1.9 lakh candidates who took CAT 2017-for entry into premier IIMs-have made it to the elite club of 100 percentilers this year. Unlike last year, when male engineers dominated the list, this year two girls and three non-engineers bagged the perfect score. It is probably the first time that non-engineers have cracked the exam with a 100 percentile.

In India, both management and engineering career are stable because of which there will always be aconfusion for what to go for, MBA or M.Tech. Current trend shows that most people prefer to have anMBA degree rather than having an M.Tech degree after B.Tech. With this change, we can say thatopportunities are less and demands for jobs are high. Every year youth gives exams for various entranceexams to get into the colleges, but why most youth choose MBA after doing B.Tech and not M.Tech.It has been a trend of getting a B.Tech degree after the schooling and therefore population of youthhaving a B.Tech degree is very high as compare to other bachelor degree. In Youth4Work platform,there are 6.5lakhs jobseeker with B.Tech degree out of 17.1lakhs which is a very huge number as compare to other degree holders.

The past decade has seen a rise in the population of youth holding the B.Tech Degree which adds to the talent pool, but the same eulogy can’t be repeated for the jobs available for these graduates, as the growth rate in engineering jobs has been stagnant. Due to which many youth go for the higher studies. At that point, an important decision has to be made whether to take MBA or M.Tech. Some of the stats from Youth4Work will help the youth to choose their stream.