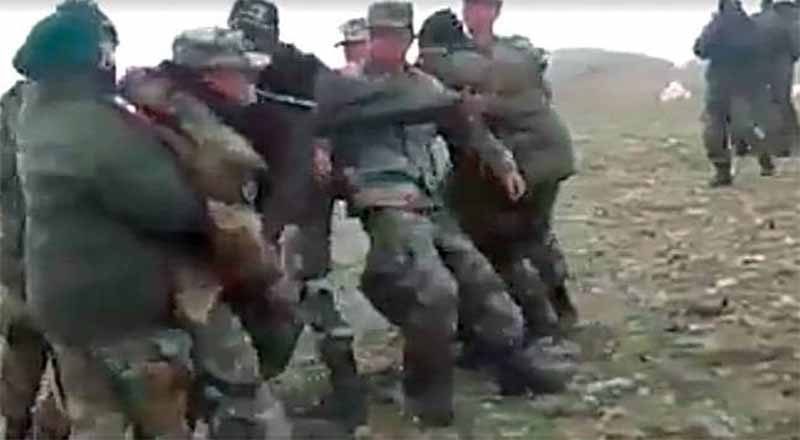 India is engaging in military and diplomatic level talks with China to resolve the stand-off at Ladakh. While both countries have tried to downplay the standoff and de-escalate the ongoing tension at the Himalayan border, the US has decided to recalibrate its defence commitments to counter emerging threats from China in Southeast Region. Citing Chinese People’s Liberation Army’s (PLA) recently clashes with India, US Secretary of State Mike Pompeo mentioned three US aircraft carrier strike groups which include other ships being deployed in the Indo-Pacific zone in a show of force for the first time in about three years.

Sharing his views, Lt. Gen. Vinod Bhatia (retd), (Former DGMO) & Director Centre For Joint Warfare Studies (CENJOWS), says, “China is practising its tried and tested military coercion to impose its will on most of the 27 neighbours. And its forces are not only demonstrating an unprecedented aggressiveness along the India- China LAC, but also in the South China Sea, Taiwan, Korea, East Sea to an extent and the Koreas. India will need to discern China’s intent and the larger strategic signals emanating from Beijing, in the geopolitical domain. China’s aggressiveness is definitely not on account of the Darbuk – Shyok – DBO road.”

“The Redeployment of the American / NATO forces has to be seen in this larger context. They have to factor the emerging threats and challenges from a belligerent China, whose actions are indicative of its positions in a post COVID19 world order, wherein it challenges the rule-based global order, seeking a bipolar world. The US is preparing for future threats that are likely to emanate for China. The redeployment of forces by the US will force a rethink in Chinese strategy, for once China may have made a move too far and too early,” says Lt. Gen. Bhatia.

“India’s resolve and resilience to ensure territorial integrity along the LAC may have surprised China, forcing him to carry out an unusual build-up at the cost of other theatres. China has bitten more than it can chew,” he concludes.

According to Brig. NK Bhatia (Retd.), “The US announcement on re-posturing of its assets from Europe towards Asia reflects on the changing geopolitical realities. It has come after China’s actions seem to be threatening the regional peace and stability of the region. US actions also reflect on its concerns of Chinese dominance which was earlier restricted to the South China Sea.”

In his opinion “There is no doubt that any escalation of conflict between the two sides will destabilise not only the status quo but will have an impact on the region as a whole. The first clear indication of the same should be seen in Pakistan’s statement to show solidarity with China and US statement confirming Pakistan as ‘Safe Haven’ for regionally focussed terrorist groups.”

“Chinese action also threatens to further destabilise the Middle East and Gulf region where Iran is waiting for an opportunity to show the US its rightful place.

The emerging China-Pakistan-Iran nexus is another reason for the US to recalibrate and re posture its assets,” concludes Brig. Bhatia.