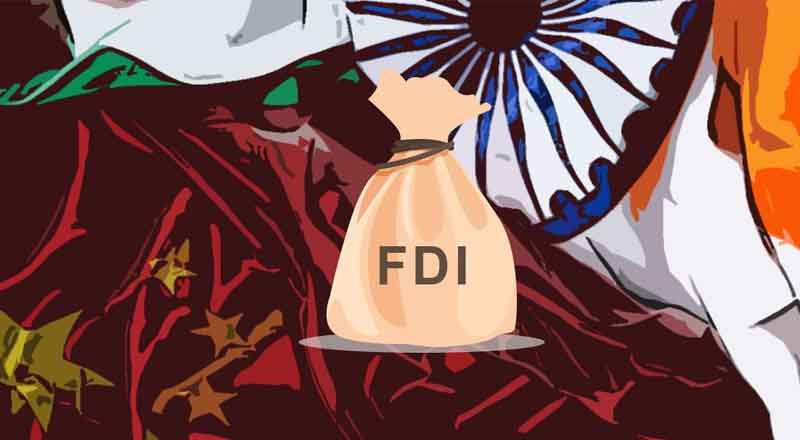 China Slams India’s New FDI Rules, Calls It Discriminatory and the new FDI rules a violation of WTO principles of non-discrimination and against free and fair trade,

India had taken a strong stand after India took steps to stop opportunistic buying in Indian companies by its neighbours. India is one of the biggest markets for China in terms of trade and investment and the Xi Jinping-led government has called for a revision of the “discriminatory practices” put in place by India.

“We hope India would revise relevant discriminatory practices, treat investments from different countries equally, and foster an open, fair and equitable business environment,” the Chinese Embassy said in a statement.

The Indian government had made necessary changes on April 18 which mentioned that an entity of a country, which shares a land border with India or where the beneficial owner of investment into India is situated in or is a citizen of any such country, can invest only under the government route.The matter came to light after China’s central bank People’s Bank of China had raised its stake in India’s mortgage lender HDFC to a little over 1%.

China is taking advantage of the dip in Indian stock markets during the COVID-19 outbreak and trying to buy distressed assets. To put a stop to such opportunistic buying, countries like Italy, Spain, Australia and Germany have reportedly tightened their FDI policies.

Hence, if a Chinese company invests in an entity overseas that has invested in India, the deal will need to be approved as per the new policy put in place by the Indian government.Besides China, the new FDI policy will put all of India’s neighbours under its ambit.

The move will likely have a significant impact on India’s tech economy as China is also one of the largest investors in the Indian startup ecosystem. There are other Chinese investments in India including Paytm, Ola, Zomato, Swiggy, BigBasket, Byju’s, Delhivery, Dream11, MakeMyTrip, Hike, Policybazaar, Rivigo, Udaan are some of the big names that have received investments from Chinese companies.