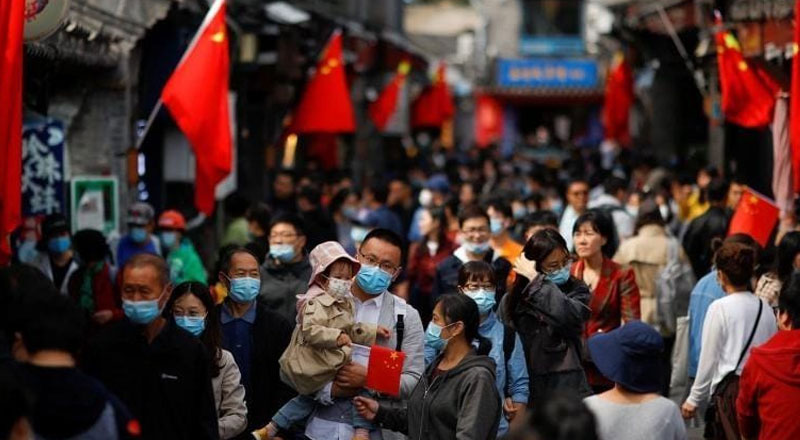 China’s population grew to 1.4126 billion by the end of last year, increasing by less than half-a-million as the birth rate fell for the fifth consecutive year, stoking fears of a looming demographic crisis and a consequent economic slowdown in the world’s most populous nation

Experts have warned that a demographic turning point may be around the corner in China, threatening its booming economic growth, the Post report said.

In such a situation, the ratio of people in the workforce and dependent persons (retired with pension and other benefits) may be adversely affected, straining the economy.

Chinese provinces have started announcing a slew of supportive measures to motivate couples to have three children to prevent a steep decline in birth rates.

China permitted all couples to have two children in 2016, scrapping the draconian decades-old one-child policy which policymakers blame for the current demographic crisis.

Last year, China passed a revised Population and Family Planning Law allowing Chinese couples to have three children in an apparent attempt to address the reluctance of couples to have more kids due to mounting costs.

The decision to permit the third child came after the once-in-a-decade census in 2020 showed that China’s population grew at its slowest pace to 1.412 billion.

The census figures revealed that the demographic crisis China faced was expected to deepen as the population above 60 years grew to 264 million, up by 18.7 per cent.