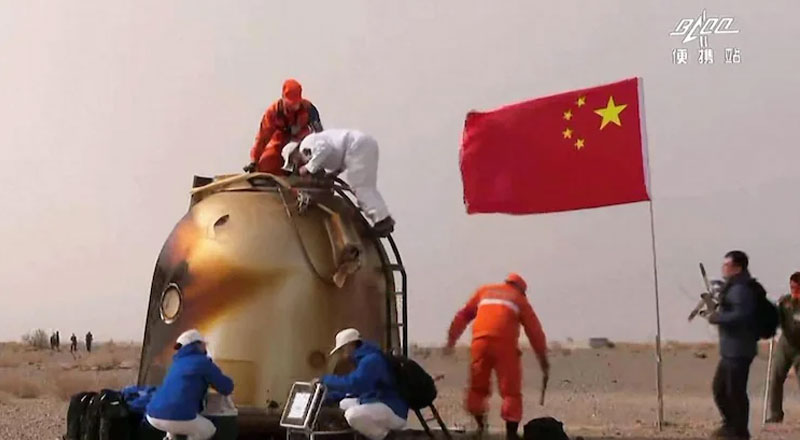 Three Chinese astronauts returned to earth after spending 183 days in space. This is China’s longest crewed space mission. They completed the fifth of 11 missions needed to finish China’s space station by the end of 2022.

The astronauts landed nine hours after they left a key module of China’s first space station.

While in orbit, the Shenzhou-13 mission astronauts took manual control in the Tianhe living quarters module for what state media called a “docking experiment” with the Tianzhou-2 cargo spacecraft.

Following their launch in October, the astronauts – Zhai Zhigang, Ye Guangfu and a female crew member, Wang Yaping – spent 183 days in space, completing the fifth of 11 missions needed to finish the space station by the end of the year.

Shenzhou-13 was the second of four planned crewed missions to complete construction of the space station, which began last April. Shenzhou-12 returned to Earth in September.

China’s next two missions will be Tianzhou-4, a cargo spacecraft, and the three-person Shenzhou-14 mission, Shao Limin, deputy technology manager of Manned Spaceship System was quoted by state media as saying.

Barred by the United States from participating in the International Space Station (ISS) in orbit, China has spent the past decade developing technologies to build its own space station, the only one in the world other than the ISS.

China, which aims to become a space power by 2030, has successfully launched probes to explore Mars and became the first country to land a spacecraft on the far side of the Moon.