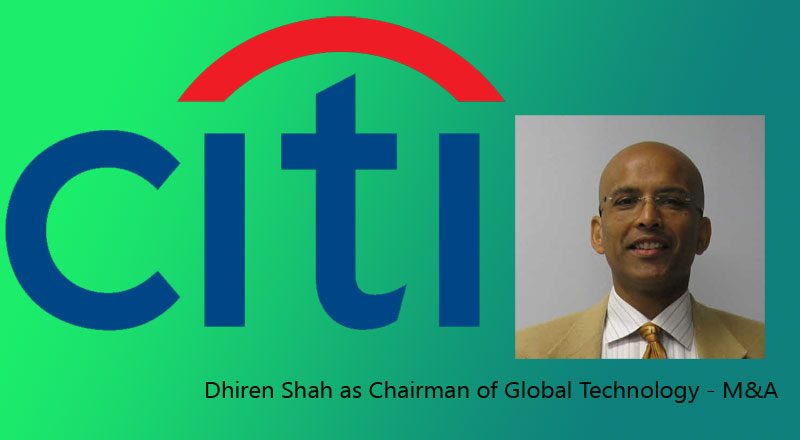 As per news source, Citigroup has roped in tech banker Dhiren Shah from Credit Suisse Group AG, as it doubles down on investing in its tech franchise.

The exit of Shah is the lastest of a series of talent losses Credit Suisse has faced after its lending exposure to troubled investment fund Archegos led to a $5.5 billion loss.

Shah will take the position of Chairman of Global Technology mergers and acquisitions (M&A) in New York, after spending six years at Credit Suisse as head of Financial Sponsors M&A with a focus on the technology sector.

Before Credit Suisse, Shah was associated with Greenhill & Co Inc, as well as Morgan Stanley, where he was Head of Global Technology Investment Banking.

Shah will report to Citi’s global co-heads of M&A, Cary Kochman and Mark Shafir, and work closely with Philip Drury, who was named head of technology and communications earlier this year.