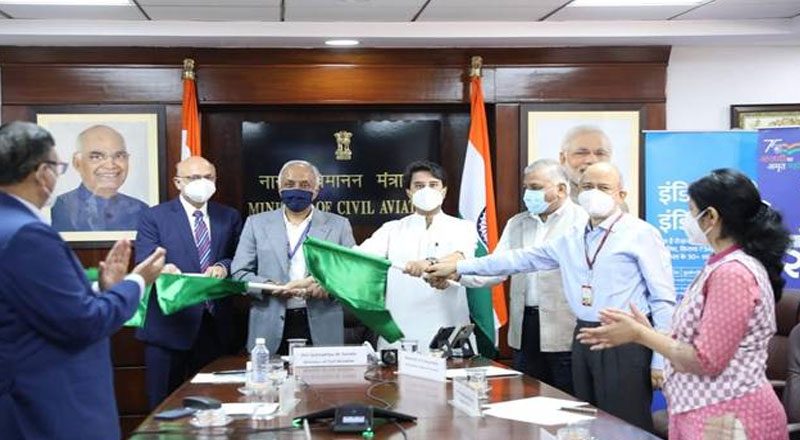 Shri. Jyotiraditya M. Scindia, Union Minister of Civil Aviation said, “The establishment of direct flight connectivity on the Indore – Gwalior – Delhi route aligns with the objectives of the Sab Uden Sab Juden initiative of the Government of India.With the aerial connectivity of the 2 cities of Madhya Pradeshwith immense potential, new opportunities will get a boost in sectors of trade and tourism.”Shri Scindia further informed that in last 53 days, Madhya Pradesh got 58 new flights and with 314 new aircraft movements the number of aircraft movements in the state has increased from 424 to 738. Indore which was earlier connected to 8 cities, has now been connected to 13 cities. In a similar way, aerial connectivity of Gwalior has expanded from 4 to 6 cities.

Gwalior is known for its beautiful forts, temples, tomb, museum, and palaces. The increased accessibility will not only enhance tourism but also promote trade and commerce in the region.

Air India group currently operates flights from/to Bhopal, Indore, Jabalpur and Bilaspur to various destinations within India. On the international route, Air India has been operating a direct flight from Indore to Dubai from 2019 which is recommencing now with this non-stop connection.