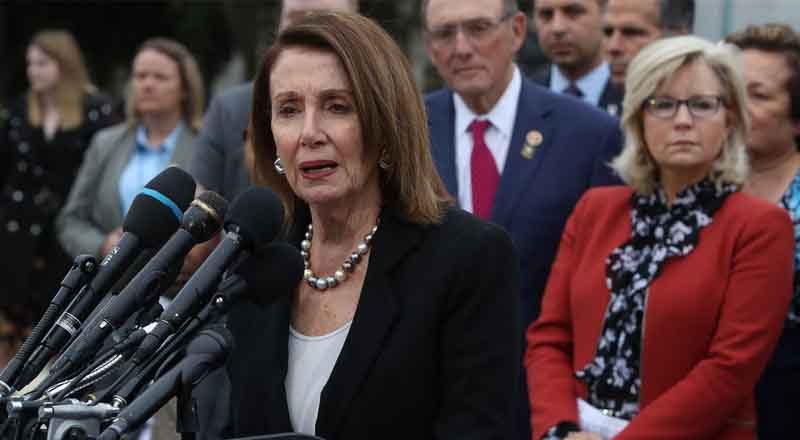 On Wednesday, a diverse group of civil rights and social justice leaders sent a letter asking House Democratic leaders to schedule a markup and vote on the NO BAN Act (H.R. 2214), a bill that would end President Trump’s Muslim Ban and end religious discrimination in our immigration laws. Noting that House Democrats have already passed other, historic civil rights bills this term—such as the Violence Against Women Act, the Voting Rights Advancement Act and the Equality Act—the civil rights leaders called for Democrats to take similar action and pass the historic Muslim civil rights bill.Prominent Civil Rights Leaders Ask House Dem Leadership for Vote on the NO BAN Act.

Like the other civil rights bills passed by the House Democrats in this Congress, the NO BAN Act enjoys broad support. More than 200 House members have signed on to be cosponsors of the bill. Additionally, nearly 400 civil rights, faith, national security and community organizations have endorsed it as have many leading corporations such as Airbnb and Postmates.

“Enacting the Muslim Ban was one of Donald Trump’s first acts as president. Since then, this government-sanctioned religious bigotry has continued to tear tens of thousands of families apart—including many U.S. citizens who have been separated from their loved ones for no reason other than their religion and national origin” said Muslim Advocates Executive Director Farhana Khera. “By passing the NO BAN Act, the U.S. House of Representatives can end this cruel and bigoted policy, send a strong message of support to American Muslims and reassert our nation’s commitment to religious freedom for all.”

“Immigrant youth of United We Dream wholeheartedly support the NO BAN Act because over the last three years we’ve seen how the racist and discriminatory Muslim Ban has devastated our Muslim members and the larger Muslim community,” stated United We Dream Executive Director and Co-Founder Cristina Jimenez. “Trump is restricting the migration of people of color seeking refuge in our country through the Muslim Ban and other anti-immigrant attacks. The House must set an example of the way forward by passing the NO BAN Act, a policy that would help people without hurting people.”

“The National Council of Jewish Women condemns intentionally targeting travelers and immigrants based on their religion,” said National Council of Jewish Women CEO Sheila Katz. “As Jews, we are taught va’ahavtem et ha-ge—we must love the stranger. The Muslim Ban is an affront to these Jewish values and the U.S. Constitution. We call on members of Congress to rectify this wrong and enact the NO BAN Act as soon as possible.”

Muslim Advocates is a national civil rights organization working in the courts, in the halls of power and in communities to halt bigotry in its tracks. We ensure that American Muslims have a seat at the table with expert representation so that all Americans may live free from hate and discrimination.