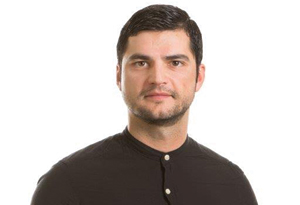 The IKEA Foundation is the philanthropic arm of INGKA Foundation, the owner of the IKEA Group of companies. The main aim of the Foundation is to improve opportunities for children and youth in some of the world’s poorest communities by funding holistic, long-term programmes that can create substantial, lasting change. Speaking on the kind of work that it is doing worldwide, Radu Dumitraşcu, Communications and Media Relations Manager – IKEA Foundation tells SPOI of how it has been impacting millions of lives and will continue to do so in coming times –

Can you share with us the Ikea Foundation’s journey, its philosophy and its vision?

Our current work at IKEA Foundation grew from IKEA’s efforts to fight child labor. Early on in the endeavor, we learned that to prevent child labor, it is vital to address the root causes of why children work.

We realized that if we wanted children to be kept out of factories, we also have to make sure that children can go school, so they don’t end up working again, elsewhere. It didn’t take us long to realise that if we wanted children to stay in school and out of factories, we also had to improve their health, so that easily preventable diseases would not keep them out of school. Today, the IKEA Foundation supports projects that change attitudes towards child labor and that provide education and support so children and families can break the cycle of poverty. We also fund programmes to empower women.

The IKEA Foundation works with strong strategic partners applying innovative approaches to achieve large-scale results in four fundamental areas of a child’s life: a place to call home; a healthy start in life; a quality education; and a sustainable family income, while helping these communities fight and cope with climate change.

We are a grantmaking organization and do not implement programmes directly. In 2016 we made grants of €142 million and have over 60 partners.

What in your opinion is the most ideal way for industry and civil society to combine and form a formidable force to leverage the global development agenda?

On a more general note, we often encourage our peers in the philanthropic sector to engage with issues that are not getting sufficient support, often times these are humanitarian crises. We do this part of our agreement with Doctors without Borders, whom we supported around humanitarian crises in DR Congo, Yemen and Nigeria. We often engage with other foundations to see where the need is higher and also coordinate funding efforts.

More recently we ran a campaign with IKEA, called Let’s Play for Change. We have granted a total €45 million to support the work of the six campaign partners: Handicap International, Save the Children, Special Olympics, Room to Read, UNICEF and War Child. The funding is being spent on projects such as creating safe play spaces for child migrants, bringing sports to children with disabilities and nurturing a love of reading among children living in poor communities.

On the sustainability front, one example is our partnership with We Mean Business. The We Mean Business coalition works with thousands of the world’s leading businesses to encourage governments to meet their commitments under the Paris Climate Agreement and so avoid dangerous climate change. Our recent grant to We Mean Business is a strong vote of confidence in the power of the coalition to encourage business action, drive policy ambition and speed up the transition to a low-carbon economy.

With Ikea going toward 100% renewable by 2020, what are the strategies, methodologies and implementations that are helping achieve the same?

Our experience at the foundation tells us that people in some of the world’s poorest communities are also those most affected by, and vulnerable to climate change events. In general, we will be looking to strengthen resilience building measures to help children and families recover from natural disasters, or lessen the severity of likely disasters. As you can see, we work on different sides of the same issue, and our work here at the foundation will focus at the intersection between children’s rights and climate change and looking at how to leverage energy access to improve these basic children’s lights. 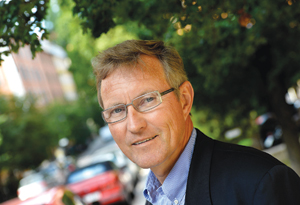 In 2012, Per was appointed to the UN Commission on Life-Saving Commodities for Women and Children by UN Secretary-General, Ban Ki-moon, who created the commission to increase access to lifesaving medicines and health supplies for the world’s most vulnerable people.

“The world’s first solar farm in a refugee camp signals a paradigm shift in how the humanitarian sector supports displaced populations. UNHCR Jordan will save millions of dollars, while reducing carbon emissions and improving living conditions for some of the world’s most vulnerable children and families. We are very grateful to everyone involved—especially the IKEA customers and co-workers who took part in the Brighter Lives for Refugees campaign, the UNHCR, the Jordanian government, EDCO, and most of all, the Syrian and Jordanian people who made this project a reality.”

How is the foundation complementing the business and enhancing its core values?

The IKEA Foundation is a charitable foundation separate from the IKEA retail business. That said, we do share the same values. We make our own decisions about what to fund, based on our strategy and based on input from our trusted NGO partners

Conflicts and natural disasters cause humanitarian suffering and record high numbers of displaced people. Climate change is threatening the world’s most vulnerable communities. These are two focus areas that drive our grantmaking. In some cases, we can help influence the root causes of these challenges. In others, we support our partners to help people deal with the symptoms and the consequences.

What are the three national priorities for you in India?

In India we work on issues around children’s human rights, such as health and education, as well as women empowerment.

What are the various setbacks to implementation in the country?

Our work is not always clear cut for us and we often deal with similar challenges, regardless of the geography where we are focusing on. It is the nature of doing development and humanitarian work.

Kindly highlight the outcome of the various initiatives undertaken by Ikea Foundation?

One recent example is the first solar farm in a refugee camp. This solar farm in Jordan was built part of our partnership with the UN Refugee Agency, and 20,000 Syrian now have access to electricity. We also ran a climate change design competition, trying to engage the designer professional community on the issue of climate change. We have just chosen the winning ideas which will receive additional support to materialize. We were glad to see designers from India engaging with the competition and we will see how far the winning ideas will get at the What Design Can Do Live conference in Amsterdam, in May.

What is the message that Ikea Foundation would like to give to our readers?

As Ingvar Kamprad, the founding of IKEA, said – ‘most things remain to be done. We hope that your readers will continue to be stay engaged with the causes and partners we support’.