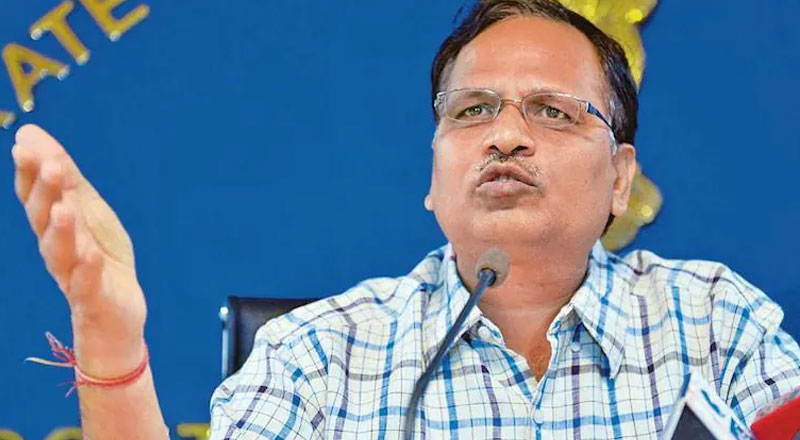 Delhi Power Minister Satyendar Jain has expressed concern over a possible coal shortage in the national capital that may even hit essential institutions, including Metro train services and hospitals.

Delhi Power Minister Satyendar Jain on Thursday said that the growing power crisis amid coal shortages could lead to power cuts in important establishments in the national capital, such as Metro trains and hospitals.

Jain wrote to the Centre, requesting it to ensure adequate coal availability to power plants that supply electricity to the national capital. He also held a meeting with department officials to assess the situation.

“Due to disruption of power supply from Dadri-II and Unchahar power stations, there may be a problem in 24-hour power supply to many essential institutions, including Delhi Metro and Delhi government hospitals,” a government statement read.

Presently, 25-30 per cent of the electricity demand in Delhi is being met through these power stations, and they face a shortage of coal, Jain said.

He further said the government was monitoring the situation closely and making every possible effort to ensure that people did not face power outages in some areas of the capital.

National Thermal Power Corporation (NTPC)’s Dadri-II and Jhajjar (Aravali) were established primarily to meet the power requirement in Delhi. However, there is very little stock of coal left even in these power plants, the statement said.

The Dadri-II, Unchahar, Kahalgaon, Farakka and Jhajjar power plants supply 1,751 megawatts (MW) of electricity per day to Delhi. The national capital gets the maximum supply of 728 mw from Dadri-II power station, while it receives 100 MW from the Unchahar station.