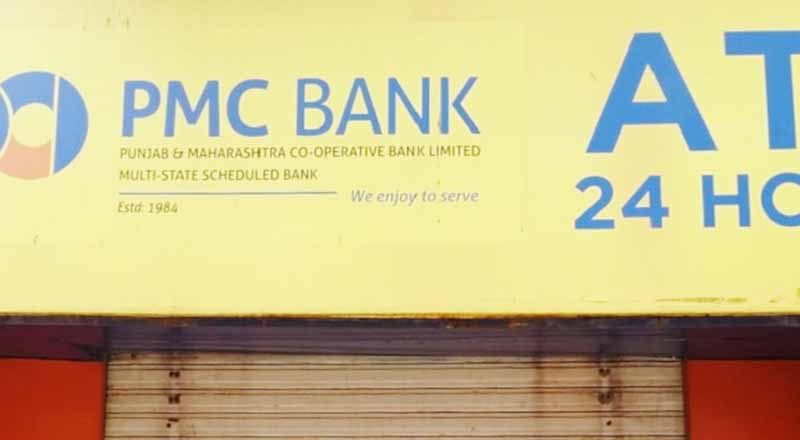 Reserve Bank of India (RBI) Governor Shaktikanta Das said, that all aspects of Punjab and Maharashtra Co-Operative Bank (PMC Bank) issue are being looked into. ” RBI will not allow any co-operative bank to collapse,” said Mr Das at a press conference after the Reserve Bank of India’s monetary policy committee announced repo rate cut of 25 basis points.

Mr Das said that the central bank has acted promptly and swiftly on the PMC Bank issue. For further supervision of the issues at PMC Bank, the RBI is building a different department. “We have announced a cadre of officers who will look after the PMC Bank issue,” he added.

Shaktikanta Das further said that, the country’s banking sector is sound and stable and there is no reason for any panic. Maintaining that cooperative banks are also sound, he said, “one incident cannot be and should not be used to generalise about the health of all cooperative banks.”The RBI will review all the regulations of cooperative banks and will discuss with the government if required,” he said.

The authorities have also frozen fixed assets worth ₹3,500 crore of the Wadhawans, according to police officials involved in the case. This comes even as the Reserve Bank of India further raised the cap on withdrawal for PMC Bank customers to ₹25,000 from ₹10,000. The two have been charged under several sections of the Indian Penal Code (IPC) for alleged fraud.

The plight of PMC Bank depositors across Maharashtra, Karnataka, Goa, Gujarat, Andhra Pradesh, MP and Delhi and the impunity with which its officials flouted norms raises questions about management of all 1,500-odd urban cooperative banks with total deposits of nearly Rs 4.5 lakh crore. There are nearly 130 smaller banks have deposits at PMC Bank, and if the lender is unable to return their money, all these small banks will have to mark their deposits as NPAs. “Cooperative banks operate on thin margins and this NPA will mean they will all be in loss, triggering a wider crisis.

Former BJP MP Kirit Somaiya, who first registered a police case against PMC Bank and also met RBI deputy governor NS Vishwanathan over the issue, says: “This is a horrible situation — a clear financial fraud. The main borrower of PMC, HDIL, is already insolvent. There has to be an immediate relief for depositors and rehabilitation for the bank.

As per the RBI guidelines, all the commercial banks and cooperative banks are mandatorily required to insure the deposit under the Deposit Insurance and Credit guarantee corporation (DICGC). Each depositor of a bank is covered for maximum up to Rs 1 lakh. In case the PMC bank goes under liquidation, the depositors will get the money according to their deposits for maximum up to Rs 1 lakh, however, it will take a long time for them to get their savings back. While depositors in the PMC Bank are hoping to get their deposits back, there is another bank – Lakshmi Vilas Bank – that has fallen into trouble. The Reserve Bank of India (RBI) has put the bank under prompt corrective action while it reviews and manages irregularities in its books. There are many other banks dealing with asset quality deterioration, making depositors nervous.

The spokesperson added that “HDIL and 44 of its linked masked bank accounts” in the bank that were allegedly held by the Wadhawans and HDIL-linked companies. An officer said only a “few bank employees known to be close to former MD of PMC Bank Joy Thomas” knew the passwords to access these accounts have been identified and have been sealed.

An official said that, the probe indicated that a few employees of PMC Bank had tampered with the bank’s software. Hence, the 44 accounts mentioned in the FIR were not traceable in the system. “These employees masked the passwords of these 44 accounts and hence they were untraceable.”

According to the FIR, between 2008 and August 2019, HDIL Pvt Ltd had taken a loan from PMC Bank’s Bhandup branch, but the money was not returned. PMC Bank did not declare HDIL’s account as non-performing assets or inform the RBI.

The RBI said that with a view to reducing the hardship of depositors, it had decided to enhance the limit for withdrawal to ₹25,000. With this, more than 70 per cent of PMC Bank depositors will be able to withdraw their entire account balance. The RBI has also decided to appoint a Committee of three members to assist the PMC Bank Administrator.

Investigative agency Enforcement Directorate (ED) on Friday conducted searches at six locations in Mumbai in connection with the Punjab and Maharashtra Co-operative Bank fraud. The agency also registered an Enforcement Case Information Report (ECIR) against erring bank officials on the basis of FIR filed by the Mumbai Police.

As police dig deeper in the case, some startling details about how loans were awarded to now-defunct HDIL has come to the fore. On Thursday, police said bank officials helped the HDIL bosses by depositing money in their personal accounts. Sources said, PMC Bank officials allegedly deposited around Rs 2,000 crore directly into HDIL bosses’ personal accounts while the loans were officially sanctioned under the company’s name. The authorities investigating the case also froze the company’s assets to the tune of Rs 3,500 crore.

These accounts with fake credentials helped hide the number of loans borrowed by HDIL which later turned into NPAs (Non-Performing Assets) for the bank leading to the exposure of thousands of crores. The PMC Bank crisis came to light after RBI had imposed restrictions on the bank citing multiple violations in operations. The bank had been flouting rules for almost six to seven years and now it has an exposure of Rs 6,500 crore to HDIL–that is 73 per cent of the total assets of the PMC bank.

In the FIR, police said the actions of the accused allegedly led to bank losses totalling Rs 4,355.46 crore. During investigation, we found that there were nearly 44 accounts at the bank that were password-protected. These accounts were linked to the Wadhawans and DHIL-linked entities where a lot of the money from the bank had been transferred,” the officer claimed. Police also carried out searches at the residence of Waryam Singh and claimed to have identified demat accounts totalling a notional amount of Rs 100 crore. The demat accounts have been frozen. We are also in the process of completing its valuation, the officer said.

Apart from this, the officer said, police have also provisionally seized property allegedly belonging to HDIL worth Rs 3,500 crore, including land, residential properties and commercial projects. “We are checking the titles of these properties to see if they were kept as collateral in any other bank. As of now, they appear to have been mortgaged to PMC Bank,” the officer said.

Police had first registered an offence on a complaint from the RBI following the collapse of the bank. The RBI had stepped in and placed restrictions on withdrawals after the crisis at the bank came to light last week mainly due to alleged under-reporting of Non-Performing Assets .