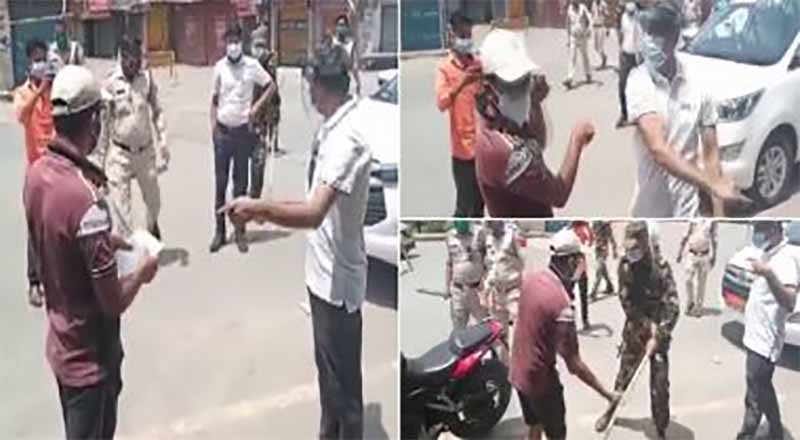 A video has gone viral online which shows Chhattisgarh’s Surajpur District Collector Ranbir Sharma, an IAS officer slapping a man and throwing his phone on the road for violating lockdown norms.

Sharma said, “He said he was out for vaccination but there was no proper document. Later, he said he was going to visit his grandmother.” Sharma added, “I apologise for my behaviour.”

In the video, the man can be seen showing a piece of paper and something on his mobile phone to the collector who takes the device and throws it to the ground.

According to the police, a case for speeding has been filed against him. The district collector then asks some policemen to thrash the man and they start hitting him with sticks. An argument over whether or not he is recording the incident also ensued.

The man was stopped by the collector and a posse of police, an official said. Taking action in the matter, CM Bhupesh Baghel has announced the suspension of DM Ranbir Sharma.