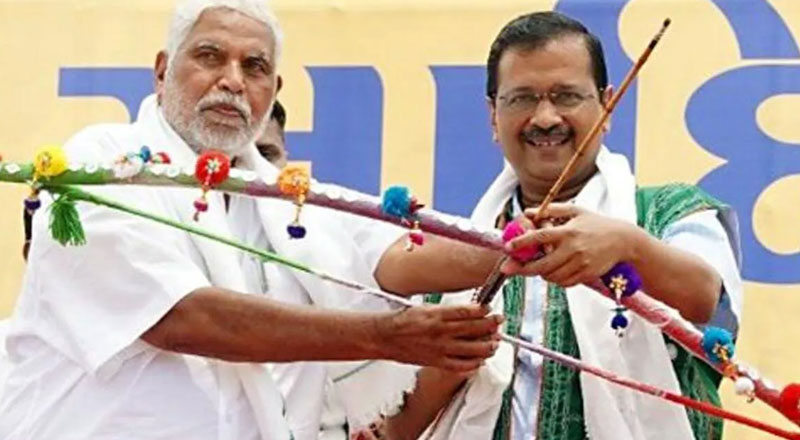 In a bid to spread its wings in yet another state after Punjab, Aam Aadmi Party supremo Arvind Kejriwal on Sunday held a rally in the state and lashed out at the ruling BJP and Opposition Congress, stating that
both the parties work to make the rich people richer.

Addressing the ‘Adivasi Sankalp Mahasammelan’, Kejriwal said, “Two of the richest persons of our country come from Gujarat and the poorest adivasi also comes from Gujarat. The BJP and Congress party are standing with the rich. Both of them are making them richer. But Aam Aadmi Party is standing with you (adivasis). We are a party of the poor.”

“Till the time, those parties are in power, they will make the rich richer, but give us one chance, we will bring you out of poverty. We are not with the rich but with the poor,” Kejriwal said.

I invited Gujarat Chief Minister to Delhi to visit our schools and hospitals. The BJP government ruled for 27 years in Gujarat, they did not do anything for the government schools. If you give them five more years, they will still not do anything.

They only want to loot. Give us one chance, if we don’t make the schools in Gujarat good, kick me out the next time,” he said.

Setting a parameter for “honesty” in the country, Kejriwal said that the leader who provides “free electricity is honest” and the one who “gives costly electricity is dishonest”.