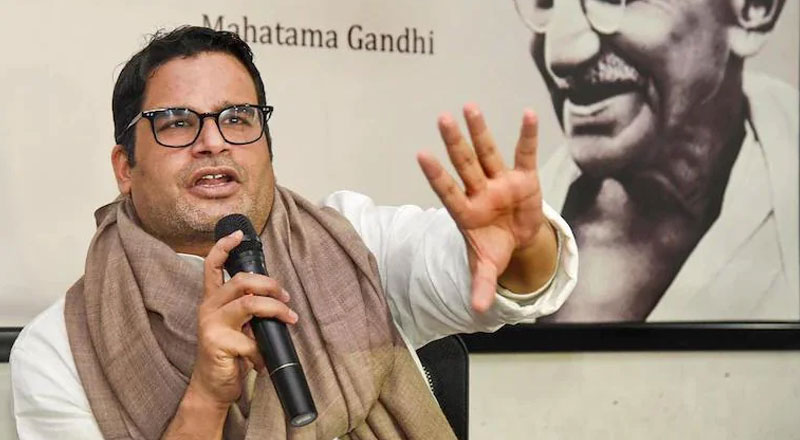 Political strategist Prashant Kishor, in an exclusive conversation with India Today, said that Congress could challenge the BJP in the 2024 Lok Sabha elections only if they put their act together and prepare a 15-year plan of action.

Political strategist Prashant Kishor, in an exclusive conversation with India Today, said that if Congress puts its act together today, they can very well challenge the Bharatiya Janata Party (BJP) in 2024.

Following the Congress’s dismal performance in the recently concluded assembly polls in the five states Uttar Pradesh, Uttarakhand, Goa, Manipur and Punjab, a meeting of the Congress Working Committee(CWC) was held on March 14.

During the meeting, the CWC authorised the Congress President Sonia Gandhi to address ‘the organisational weaknesses’ and make comprehensive changes in the party structure at the state and national levels.

Kishor said that Congress stands a chance in the 2024 Lok Sabha elections as the BJP, despite their dominance, was still struggling to get more than 50 seats out of the approximately 200 seats encompassing the East and South India, which include the states of Bihar, Bengal, Odisha, Telangana, Andhra Pradesh, Tamil Nadu and Kerala.

We have to go back to the drawing board and reincarnate the Congress. The soul, the ideas, and the ideologies remain but everything else has to be new,” Prashant Kishor said.

If you get the narrative right and if you have the coalition of people who are on one side ideologically and in their desire to beat BJP, the face will emerge from there,” he said.

Kishore said that even if the Gandhi family left the Congress, it would not be able to revive. “It is time for Congress to go back to the drawing board and do the fundamentals right.”

Congress has not done a pan-India membership drive in the last 20 years. Kishor said that they don’t even have a semblance of internal democracy and there is centralisation of power. “Unless you empower your leader on the ground, it is not going to work,” he said.

Kishor advised that if any party, especially Congress, wants to emerge as a national alternative to the BJP, they have to have a 10-15 years point of view. “There is no shortcut to it,” he said.