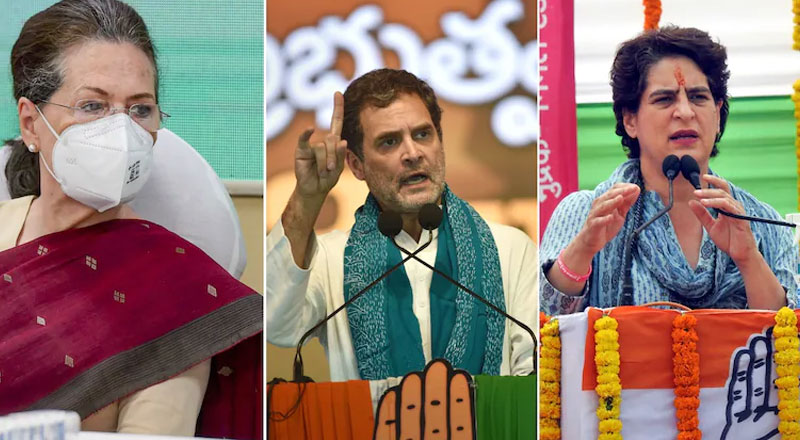 The Congress is all set to hold a three-day brainstorming session ‘Chintan Shivir’ in Udaipur, Rajasthan, on Friday. Structural changes in the organisation, new ‘Sankalp’ — what else the party leaders will discuss at the crucial meeting. Read on to know.

The Congress’ three-day ‘Chintan Shivir’, a brainstorming session, is all set to begin on Friday. The ‘Nav Sankalp Chintan Shivir’ will begin Friday afternoon, following which over 400 delegates will discuss subject-specific issues across six groups

The conclave will focus on the time-bound restructuring of the Congress, finding ways to combat the politics of polarisation and getting battle-ready for upcoming electoral challenges.

These discussions will continue on the first and second day and the conclusions will be recorded in the form of a declaration, a draft of which will be discussed at the CWC meeting to be held there on the third and last day.

As Congress leaders get ready to huddle to brainstorm its strategy ahead of the 2024 Lok Sabha polls in Udaipur, here’s what exactly the agenda of the crucial meet is:

The group, headed by party president Sonia Gandhi, will brainstorm the party’s strategy to strengthen and revive the organisation.

A senior party leader and CWC member said, “The biggest focus point will be how to strengthen the party and what all changes need to be brought in. We have to make meaningful changes and not merely cosmetic ones. At this conclave, we will make an action plan, not a philosophical plan.”

According to sources, Congress chief Sonia Gandhi said at a recently held CWC meet, “The Chintan Shivir should herald a restructured organisation to meet the many ideological, electoral and managerial challenges we confront.”

Rajasthan Chief Minister Ashih Gehlot was quoted by news agency PTI as saying that the Congress will have to give out a new message from this Shivir to the people of the country.