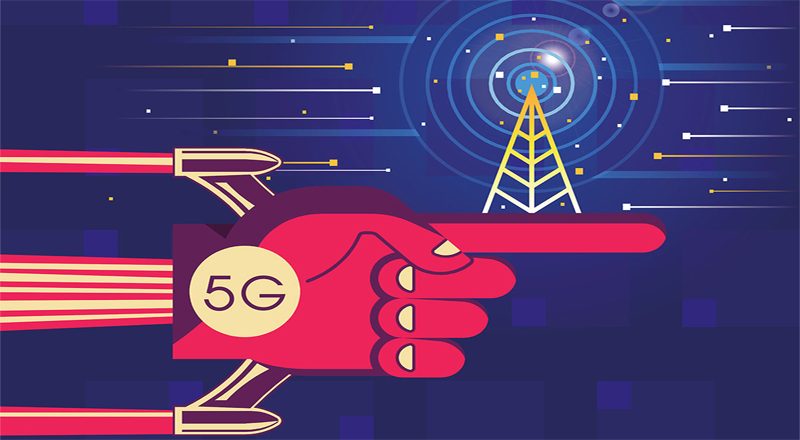 The number of mobile wireless subscriptions was about 1.15 billion across India in 2019. This was a decrease from the previous year’s subscription base. Reliance Jio had the major share among the service providers in terms of subscriptions. A report shows, almost 50 percent of all mobile subscriptions in India are 4G and it is clear that 4G has emerged as the workhorse and innovation platform for countless consumer smartphone services. 4G is highly complementing the Digital India program to deliver government services to its citizens by bringing benefits of 4G services being availed by consumers even in remotest corners of India.

With the strong mobile broadband penetration and government’s focus on digitalization. Since, India’s mobile data traffic growth continues to be on an upward trajectory, and it remains the region with the highest usage per smartphone per month. According to the Ericsson Mobility Report, the total mobile data traffic is projected to triple, reaching 21EB per month in 2025. Now the COVID situation has led to an increase in data consumption. In India, the average time spent on mobile broadband went up by 2.2 hours per day. At the same time, about 15% of mobile subscribers in many international markets, even where 5G is about to be launched, remain on 2G as it’s an efficient, low-cost service option, 2G may not shutdown anytime soon and would continue in India like in many international markets as it remained a good, low-cost service option for a segment of customers, particularly the elderly, who still prefer feature phones and have no immediate need for smartphones.

Secondly, India today has the highest data consumption per smartphone user per month, compared to any other country in the world. Going forward , the 5G portfolio to provide Indian service providers with the 5G solutions required to manage the growing data traffic volumes cost efficiently. Digital technologies such as 5G and IoT are predicted to reduce global emissions by up to 15 percent by 2030, which will be critical in combatting climate change.

5G is a platform for innovation. It will serve consumers, enterprises and take the internet of things to a next level, where superior connectivity is a prerequisite. As the industry digitalization is happening across all segments, and private networks and enterprise networking services are examples of areas already leveraging cellular and 5G technologies. Going forward, we will likely find the most transformative use cases in critical IoT, where the speed, latency and security of the 5G network will be key. 5G networks will serve as critical infrastructures to facilitate the digitization, automation and connectivity to machines, robots, and transport solutions. With billions of connected devices and new types of applications, the networks need to be more resilient, secure, and better able to protect the individual’s right to privacy.

By the end of 2025, we expect 5G to have 2.6 billion subscriptions covering up to 65 percent of the world’s population. Meanwhile, the number of cellular IoT connections is expected to reach five billion worldwide, up from 1.3 billion today. According to McKinsey, if policymakers and businesses get it right, the economic value to be generated by IoT globally could generate between USD 3.9 trillion to USD 11.1 trillion a year by 2025. Like many other huge shifts in economy and technology, this is a great opportunity to adopt new technologies and drive businesses forward.