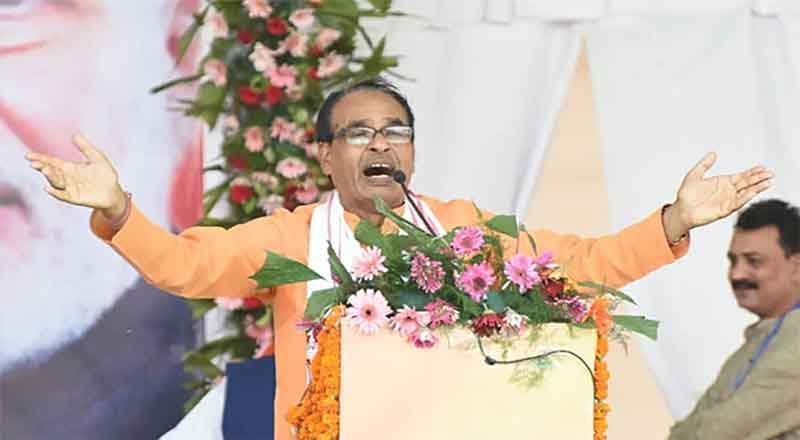 With the increasing count of Coronavirus victims rising every day, the MP Chief Minister Shivraj Singh Chouhan has ordered total sealing of Indore, Bhopal and Ujjain till further orders.

In a recent meeting chaired to review the COVID-19 infection situation in the state, the CM also directed sealing those areas in other districts which have reported the positive cases of the deadly virus.

The CM appealed to the people in the state to wear home-made masks while moving out of their homes.

Chauhan has ordered the administration in all the 52 districts to register FIR against those who are bound to hide their travel history or positive cases, thereby risking the lives of the others. “Such people should be booked and after getting treatment at hospitals, punitive action should be taken against them”, he said.

The CM had invoked Essential Services Maintenance Act (ESMA) across the state for better management of the COVID-19 outbreak in the state.

He had tweeted about the decision which is being seen as a measure to prevent any strike by essential services delivery systems, including the medical and health services.

The former CM and Congress leader Kamal Nath, however, had questioned the state government’s decision to invoke ESMA across the state, when the government doctors, medical staff and officials are performing their duties with utmost responsibility.

Meanwhile, the state’s Coronavirus positive count increased to 381 from the 290 count which was reported. Out of the 381 positive cases, 213 related to Indore and 94 to Bhopal. While Indore 22 more cases were reported in Indore, Bhopal reported nine new cases, including a TV channel journalist, who is believed to have contracted the infection from a circle SP level police officer already tested positive.