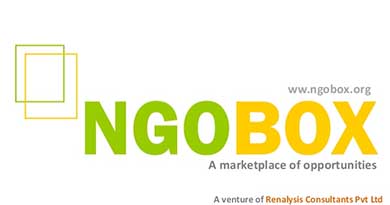 The total Corporate Social Responsibility (CSR) spending is expected to cross INR 50,000 Cr. mark by 31st March 2019. The CSR compliance is also likely to improve and fall in the range of 97 to 98 % by the Financial Year 2019-20, according to a research done by CSRBOX and NGOBOX.

The report has looked at prescribed CSR and actual CSR trends of past four years and have projected numbers for current financial year’s CSR spend by big 500 companies in India. The report also reveals the current trends after five years of the amendment and shows that the top 20 corporations command over 45% of the prescribed CSR in the country. In addition, the ‘big 500’ companies of the country contribute to more than 90 % of the total CSR spend.

As per the report, India’s big 500 companies will spend over INR 11,000 Cr. on social initiatives in the current fiscal to comply with the CSR rules.

The research has predicted that education is expected to be the most favoured area of CSR investment in coming years. Both education and skills development projects are likely to receive INR 15,000 Cr CSR fund between 2014-15 and 2018-19. Healthcare, water and sanitation initiatives received substantial corporate attention due to Swachh Bharat Mission and will receive INR 14000 cr. CSR fund by 31st March 2019.

In terms of the geographical distribution, the states which enjoy greater presence of the companies also receive the most funding for development initiatives. For example, Maharashtra receives the biggest chunk of the total CSR fund spent in the country followed by Rajasthan, Karnataka and Gujarat. Together these four states receive 1/3rd of India’s total CSR fund.

The north-eastern states of Nagaland, Meghalaya, Mizoram and Tripura are among the five states and UTs which have received lowest CSR funding so far.

The report states that an upward trend has been observed year after year when it comes to CSR compliance by companies, however, the size of funding for each initiatives has shown downward movement, suggesting the fact that companies are looking at more number of projects to diversify their CSR portfolio. If the new recommendation by Sub Legal Committee on CSR, constituted by the Ministry of Corporate Affairs in April 2018 is accepted by the Government, then companies will not be allowed to carry forward the unspent CSR fund. This will boost the CSR compliance substantially.