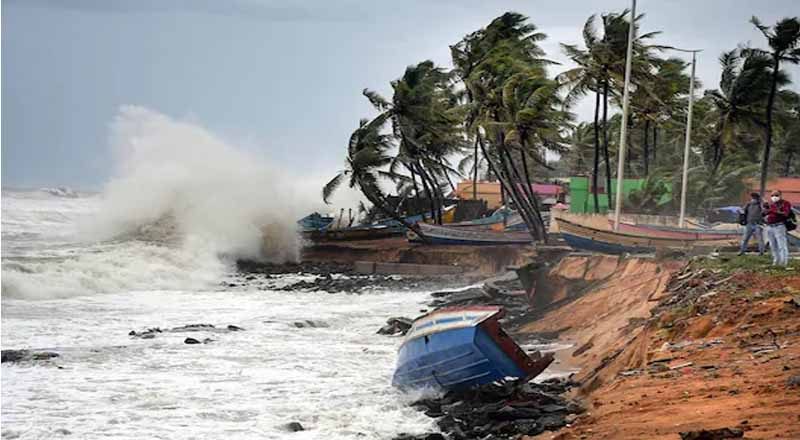 Cyclone Tauktae, which has kept authorities alert in the five states including Kerala, Karnataka, Goa, Maharashtra and Gujarat – is likely to intensify into a “very severe cyclonic storm” as it crosses coastal Gujarat on May 18, the India Meteorological Department (IMD) said on May 15.

As per the latest IMD bulletin, the cyclone is expected to touch Gujarat coast between Porbandar and Naliya at around the “afternoon or evening of May 18”, with a wind speed ranging up to 175 kmph.

“It is likely to cause heavy rainfall in the coastal districts of Gujarat, including extremely heavy falls in Junagadh and Gir Somnath and heavy to very heavy rainfall at a few places in the districts of Saurashtra Kutch and Diu namely Gir Somnath, Diu, Junagadh, Porbandar, Devbhoomi Dwarka, Amreli, Rajkot, Jamnagar,” as per the official statement.

The period of landfall would be accompanied by a storm surge of about two to three metres above astronomical tide which could inundate the coastal areas of Morbi, Kutch, Devbhoomi Dwarka and Jamnagar districts, the IMD said.

A storm surge of one to two metres along Porbandar, Junagarh, Diu, Gir Somnath, Amreli, Bhavnagar and 0.5 to one metre over the remaining coastal districts of Gujarat on May 18 is also expected.

Over the next 48 hours, the states of Maharashtra, Kerala, Goa, Karnataka and the Union territory of Lakshadweep Islands are expected to receive light to moderate rainfall in some regions and “heavy to heavy rainfall” in isolated pockets.

Prime Minister Narendra Modi chaired a high-level meeting on May 15 to review the preparedness to minimise the cyclone’s adverse impact. Also directed senior officers to take every possible measure to ensure that people are safely evacuated by the state governments and to ensure maintenance of all essential services such as power, telecommunications, health, drinking water etc and are restored immediately in the event of damages caused to them.

Modi further directed the officials to ensure “special preparedness on COVID management in hospitals”, vaccine cold chain and other medical facilities on power back up and storage of essential medicines and to plan for unhindered movement of oxygen tankers.

The Ministry of Home Affairs (MHA) is also reviewing the situation round the clock and is coordinating with the state governments concerned. “MHA has already released the first instalment of SDRF in advance to all States. NDRF has pre-positioned 42 teams which are equipped with boats, tree-cutters, telecom equipment, etc in six states and has kept 26 teams on standby,” the official release noted.