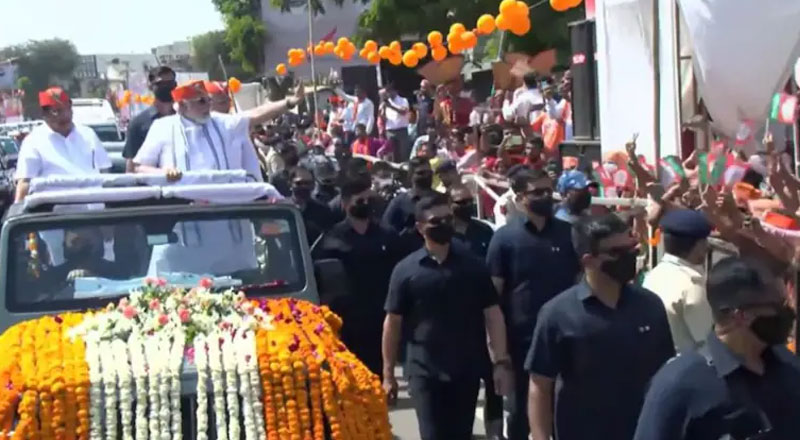 Aday after the BJP secured victory in Uttar Pradesh, Uttarakhand, Goa, and Manipur, Prime Minister Narendra Modi has now shifted his focus to the poll-bound Gujarat and held a mega roadshow in Ahmedabad on Friday.

PM Modi, who is on a two-day visit to Gujarat on March 11 and March 12, is also set to address a rally of over one lakh elected representatives of panchayat bodies.

During his two-day visit, the prime minister will also inaugurate the ‘Khel Mahakumbh’ sporting event at a stadium in Ahmedabad, and address the first convocation of Rashtriya Raksha University located at Lavad in Gandhinagar district as its chief guest.