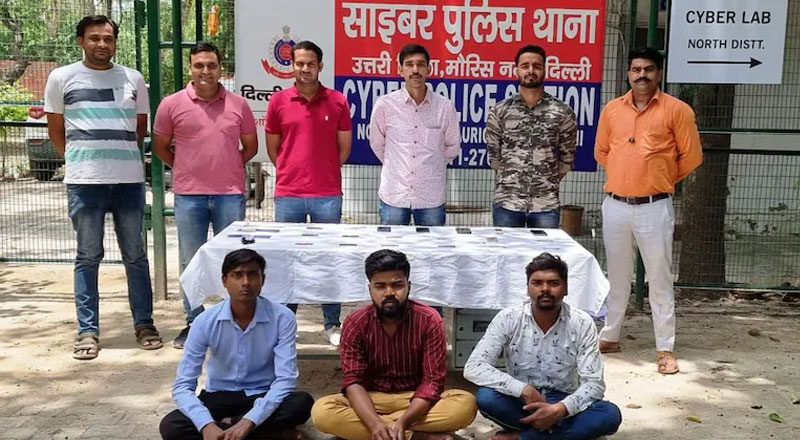 Thereafter, the complainant checked his HDFC account statement and found that someone had taken a loan of Rs 11 lakh on his account and had even transferred Rs 1 lakh to another account through internet banking.

Based on the complaint filed by the victim, police registered a case and launched an investigation into the matter.

Technical analysis suggested that the SIM card of the complainant was reissued in Jain Nagar, Karala in Northwest Delhi. After a detailed investigation, police arrested the three accused on June 20.

During interrogation, it was found that the three accused were friends and residents of Rohini, Delhi and its nearby area.

One of the accused, Sunny Kumar Singh, worked in the credit card selling department of a reputed bank at Ambience Mall in Rohini and had access to the bank records from where he used to collect information of accounts having exciting and alluring offers such as Instant Loan, Jumbo Loan, Smart EMI etc.

After collecting details of the bank account holders, he along with the other accused hatched a plan to cheat bank customers to earn quick money. They made fake ID proof through Adobe Photoshop and then used to reissue SIM cards of the phone number linked with the accounts.

They then used to change the linked Gmail ID of the HDFC account so that OTP received on Gmail ID could be read. Subsequently, loans were availed and transactions were made from the account of hundreds of bank account holders to various other accounts within a few hours.