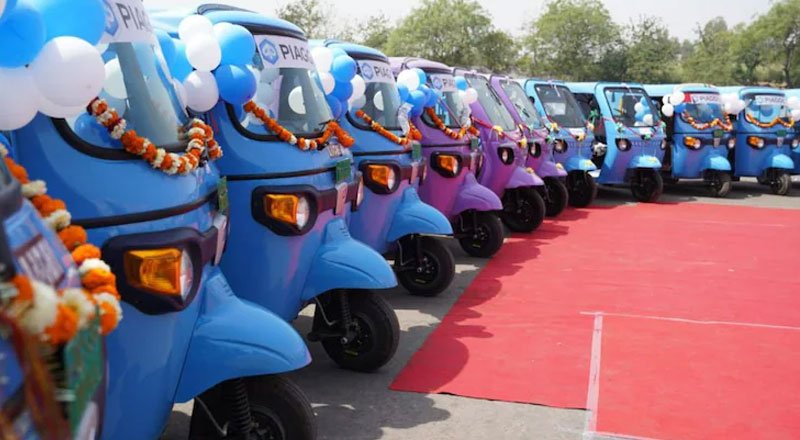 Delhi Chief Minister Arvind Kejriwal flagged off a modest fleet of blue and lilac electric autos on Thursday. Around 3,500 e-auto owners have been given permits, 500 of whom are women, which is a push towards gender equality.

Electric autos have hit the streets of Delhi as Chief Minister Arvind Kejriwal flagged off a fleet of e-autos at the Indraprastha Bus Depot on Thursday. The government also issued permits to 3,500 e-auto owners, 500 of whom are women, giving a big push to gender equality.

Kejriwal handed over the registration certificates to 20 auto drivers and said that this is an aggressive step to tackle air pollution in the national capital and had paved the way for thousands of e-autos to hit the streets of Delhi in the near future. Delhi has the highest number of e-autos in any state in India.

He added, “Keeping the pollution situation of Delhi in mind, we are gradually initiating a paradigm shift in vehicles — from fuel-based to electricity-based. To that end, these electric autos have been introduced, which will now regularly operate in Delhi.

The government has also done colour coding as per which autos driven by men will be blue in colour and women will drive lilac-coloured autos. The colour coding has been done to prevent any misuse of the scheme and to encourage women drivers.

The Delhi transport authority in September last year decided to issue 4,261 e-auto permits, of which 33 per cent will be reserved for women. A total of 19,846 applications were received from male applicants against a quota of 2,855 e-autos and 743 applications were received from female applicants against the quota of 1,406 e-autos.

But to encourage more women drivers, the government decided to take fresh applications for the remaining e-autos reserved for them in February. Around 93 more women have applied in the second round and the process of issuing licenses to the eligible applicants is underway.

On March 3, 2022, a total of 663 e-autos under the woman quota of 1,406 autos were allocated to the Delhi Metro Rail Corporation (DMRC) with permission to operate.

Sunita Chaudhary, Delhi’s first and the only woman auto driver since 2003, told HT, “Women should not fear driving an auto. I have been driving one since I was 19 years old and it has only increased my confidence. I feel liberated and free