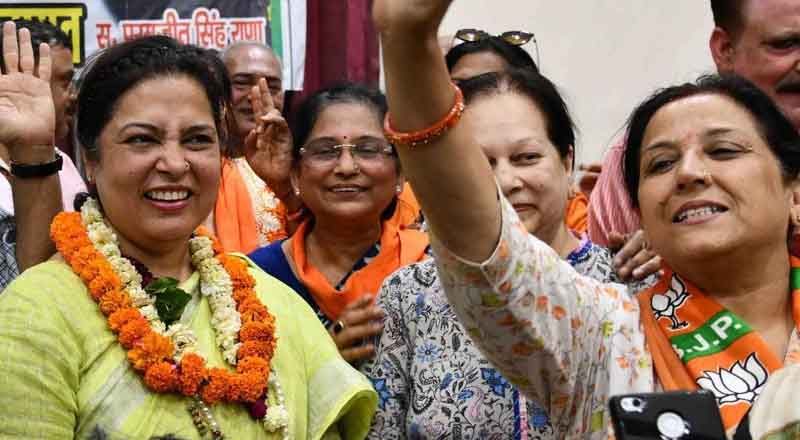 As a part of its outreach program to touch the masses ahead of the Delhi assembly elections, and also to dispel the misinformation spread by vested interests on the CAA, BJP volunteers took out a massive motorbike rally from the Delhi BJP headquarters at Pandit Pant Marg, and were joined by bikers and general public along the route touching Central, East and West Delhi.

Led by BJP state President and MP, North East Delhi Manoj Tiwari, along with more than 4200 bikers, the riders rode the roads of Delhi and sought support for a BJP government in the upcoming state elections and to spread awareness about CAA and for a check on violent protests in the city.

Speaking on the occasion, Manoj Tiwari said, “This is our start of campaigning for the upcoming state elections and we are very confident of winning. The Kejriwal govt. stands exposed on all fronts, and the people know it. We want to give a good government and real governance to the people and appeal for their support.”

“This rally is an announcement of going to the elections. We are fully prepared for the fight and we are targeting all 70 seats for a win,” said Meenakshi Lekhi.

“We  know that people are fed up with the false promises of the Kejriwal government and we will aim to bring that to people’s attention. On the other hand our government at the Centre and in the states have done tremendous work. We are committed to the all-round development of Delhi and I am confident of our win. We will make Delhi the best capital in the world”, said Senior BJP leader Karnail Singh.