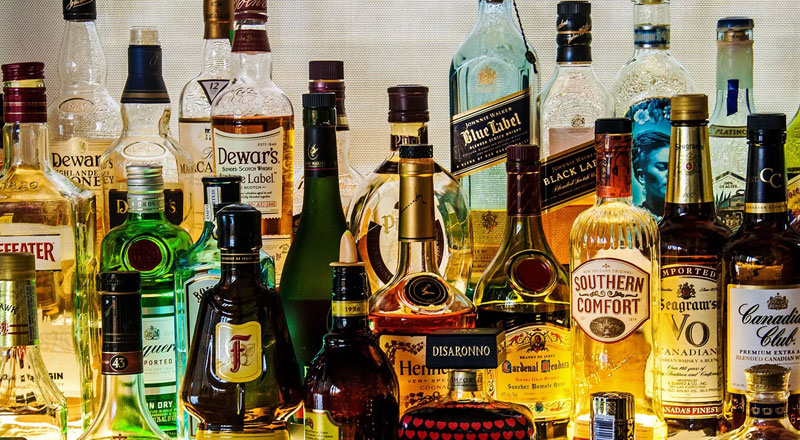 According to documents seen by HT, the excise department has put up several proposals for the consideration of the cabinet for the policy’s 2022-23 iteration.

The Delhi excise department has proposed that the state government legalise the home delivery of liquor and stop regulating discounts offered by vendors in the Delhi Excise Policy 2022-23, which is in the final stages of being drafted, according to officials directly involved in the process.

The Delhi cabinet is likely to take a decision on the proposals this month.

Government procedure mandates that the excise policy be notified at the start of every financial year. In the past, the same excise policy was formally notified without any changes, but last year the excise regime was restructured by the Arvind Kejriwal government with the definition of new zones, taxes subsumed into a one-time charge at the time of bidding for vends, the government exiting the selling business, and several regulations introduced to improve consumers’ buying experience.

Though the Delhi Excise (Amendment) Rules, 2021 allowed the home delivery of liquor, vends need the government to operationalise the provision by issuing appropriate orders and notifications, which has not been done so far.

If anyone home delivers liquor as of now, it will be deemed illegal,” said an excise official.

According to the 2021 rules, shops with an L-13 licence will be permitted to deliver Indian and foreign liquor to private homes, but only if the order is received through a mobile app or an online web portal. It restricts deliveries to a hostel, office, or an institution.

An official of the excise department said the 2022-23 excise policy is in the final stage of preparations, and will be notified soon. “The department has submitted some proposals for the consideration of the cabinet. It will not be a new policy but a revised one which will try to address the challenges which were identified during the implementation of the existing policy (2021-22). There is a significant potential for revenue augmentation and also providing a decent standard of customer experience at par with the stature of the national capital,” said the official, asking not to be named.

According to documents seen by HT, the excise department has put up several proposals for the consideration of the cabinet for the policy’s 2022-23 iteration. These, apart from pushing through home delivery and not regulating discounts, include the renewal of zonal retail licenses at the same annual fee as the previous year; re-tendering zones at a base reserve fee of ₹280 crore (as against ₹225 crore in 2021-22) in case an existing vendor pulls out; rationalisation of the brand registration fee for spirits other than whiskey at just ₹5,000 instead of ₹1 lakh.

Vinod Giri, director general of the Confederation of Indian Alcoholic Beverage Companies (CIABC), said the body has pointed out to the Delhi government that discounts were envisaged as a mechanism to promote healthy competition in the Delhi Excise policy

It was also a material assumption in sales planning and resultant determination of the bid amount by the retailers. Considering that, retailers should be allowed to offer discounts as they wish without any regulation or cap. It also benefits all stakeholders — consumers get lower prices, Government revenues increase through tax on sale, and trade uses it to increase their sales,” Giri said.

He added that despite the government’s intent to push it through, the home delivery of liquor is yet to take off.

“Home deliveries have to be envisaged and built as a separate channel. It has a cost involved, and if it is force fitted, one of the current supply chain participants — manufacturer, distributor, retailer or consumer — will have to absorb it. That is a disincentive. Therefore, for home deliveries to succeed, an altogether new parallel distribution chain is needed which has provisions for costs and reasonable returns for all its participants,” said Giri.

Both the moves — stopping regulation of discounts on liquor and home delivery of liquor — may face stiff resistance from the Bharatiya Janata Party’s Delhi unit, which has been against the new excise policy.

Ramvir Singh Bidhuri, leader of opposition in Delhi assembly, said the new excise policy is “fatal” for Delhi and requested lieutenant governor Anil Baijal to scrap the Delhi Excise Policy. “The AAP government’s decision to allow liquor service by opening bars and restaurants in the Capital till 3am (as reported by HT on Saturday) and its proposals are only to fill the government treasury and it will pose a huge threat to the culture, law and order, and security of Delhi,” Bidhuri said.

State government spokespersons did not respond to requests seeking comment.