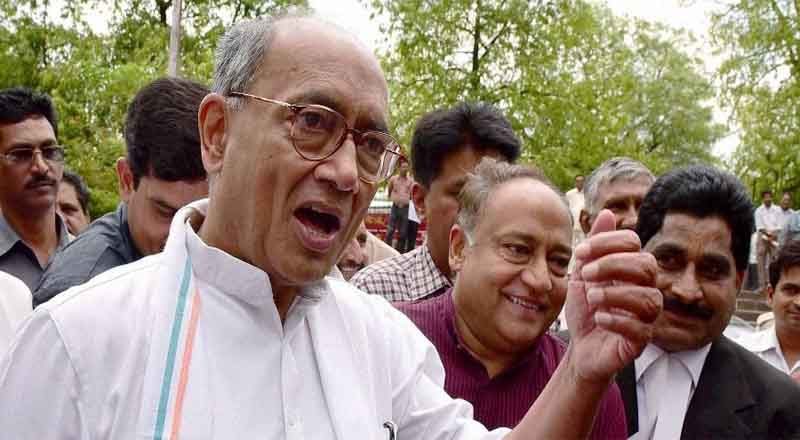 In their complaint to the crime branch, the BJP leaders said that Chouhan had given a statement against the liquor policy of the then Kamal Nath government on January 12 this year.

This video was edited and a nine second part of it was shared on Twitter by Singh to malign the image of the Chief Minister, the BJP leaders said in the complaint.

However, Digvijay Singh, after the furore said, “Tribals of Budhni were duped of Rs 450 crore by agents of SS Chouhan and no FIR was registered in his tenure. I had written to him that if there is no action, I’ll stage a sit-in protest at his residence. It perturbed BJP. It should be checked who edited the video.”

They had demanded a case against the senior Congress leader and his associates for “conspiring to malign the CM’s image”.

BJP MLA Rameshwar Sharma also shared the screenshot of Digvijay Singh’s tweet and said that the post has now been deleted. Meanwhile, Madhya Pradesh Home Minister Narottam Mishra said that he has directed the officials to take strict legal action against the offenders, who twisted the CMs statement against the liquor mafia.

The Congress has not yet reacted on this issue. “The video was shared on social media and a large number of people shared it. The police should go to the source of the video instead of making it a political issue,” a Congress leader said on condition of anonymity.