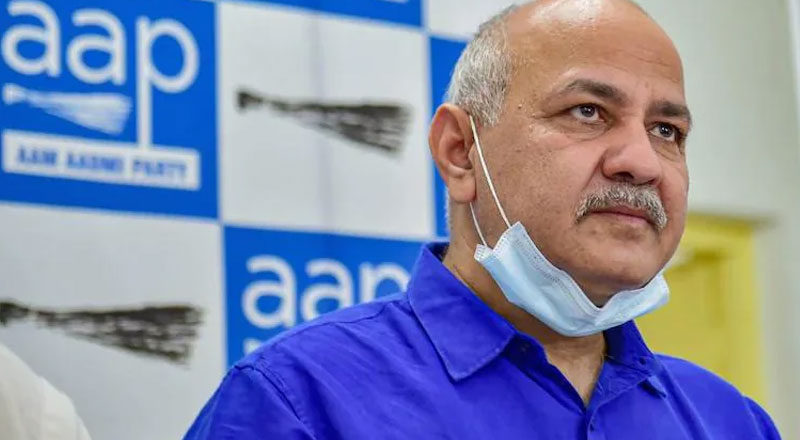 Senior AAP leader Manish Sisodia on Friday alleged that the BJP was trying to copy Kejriwal’s model of governance in Himachal Pradesh by providing free power and water supply and asked people not to “fall in their trap” ahead of the assembly polls in the state.

The AAP on Friday alleged the BJP government in Himachal Pradesh is “copying” the Arvind Kejriwal model of governance, soon after Chief Minister Jairam Thakur announced free power and water supply, and a 50 per cent rebate in bus fares for women

ddressing a press conference here, senior AAP leader Manish Sisodia said the BJP government’s announcements ahead of assembly polls in the state are an attempt to “hoodwink” people, as the saffron party has always said it is “completely” against freebies like free electricity.

After coming back to power in Himachal Pradesh, the BJP will take back all the announcements that its chief minister had made, Sisodia claimed, asking people of the hill state not to “fall in their trap”.

“Vote for the AAP in the elections,” he appealed to them.

Delhi Chief Minister Arvind Kejriwal also took on the BJP, accusing it of “copying” his model of governance, and said that the saffron party should also make similar announcements in the states ruled by it.

While addressing an event in Chamba earlier in the day, the Himachal Pradesh chief minister announced his government has decided to provide free power up to 125 units and waive water bills in rural areas.

He also said that his government has decided to reduce the bus fare for women by 50 per cent.

He said the BJP and its “friends” are in power in 18 states but they have not thought of providing cheaper electricity in any of these.

“Everywhere they say electricity should not be free. They make fun of such freebies. They say freebie is anti-national. They even go on to review it at the level of Central government to come out and say that freebie is destroying the country,” he charged.

And just a few months ahead of the assembly polls in the state, the Himachal Pradesh government has announced free electricity, water and a bus fare rebate for women because the party is “extremely scared” of Kejriwal and the AAP, Sisodia claimed.

“The BJP government is making these announcements fearing its imminent defeat in election,” he said.

“Vote for the AAP, form an AAP government. The truth is the BJP will take back all these schemes once they return to power. They have always opposed the provision of free electricity. Across the country, they have made everything costlier,” Sisodia added.

“The BJP should announce these in all the states ruled by it. Otherwise, people will think that it made the fake announcements before the elections because it is afraid of the AAP and that it will take back all the announcements after the polls,” he added.