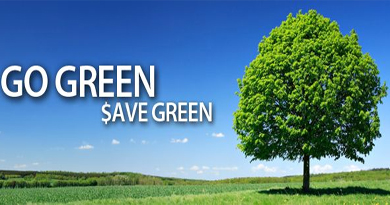 The Sunday morning of 9 July 2017, saw the launching of ‘GO GREEN- SAVE GREEN’ campaign by the DRDO community in Bangalore. Dr S Christopher, Secretary, Department of Defence R&D and Chairman DRDO along with the First Lady of DRDO, Dr. Rita Christopher, National President of DRDO Mahila Kalyan Munch, flagged off the event in DRDO Township in the presence of Dr. C P Ramanarayanan DS & Director General (Aero), Ms. J Manjula DS & Director General (ECS) and Directors of All DRDO labs in Bangalore, IFAs, Service personnel, Senior scientists, Officers and staff of DRDO and their family members.

“This event is a precursor to the mega event being organized at Rameshwaram as a tribute to our great scientist Dr. APJ Abdul Kalam on his second death anniversary on 27th July 2017,” said Dr. Christopher, while launching the event. He also appreciated the efforts made by the volunteers and EMU in taking such an initiative and making it a reality. The event was organized by Estate Management Unit (R&D), Bangalore of DRDO led by Estate Manager Sh. MVL Narasimha Rao, ably assisted by a DRDO team.

DRDO Township undoubtedly, one of the cleanest and greenest townships in the city, has always been eco-friendly and this event further proves the concern of the community and their love for the greener environment. In fact DRDO Township is the lung space for the thickly populated and congested concrete jungle of the surrounding Kaggadaspura, Nagawarapalya, Vijnananagar, Mahadevapura etc. A group of interested DRDO scientists and other officials took the noble initiative under the guidance and leadership of Chairman-DRDO.

Buoyed with the encouraging support from Township Advisory Committee, Estate Management Unit and the Karnataka State Forest Department, DRDO Bangalore has organised a mega tree plantation event with 1500 saplings of different varieties of medicinal values, fruit bearing and variety of flowers in the township, apart from all the laboratories, KV School, CGHS unit and DSC residential area. Nearly 400 families, 100 children, 80 Scouts and Guides, 45 DSC personnel and 40 Senior citizens totalling to around 2400 people participated in the programme. Nearly 60 volunteers under the leadership of Sh Ramakrisnhna Bhat, Sh TV Yogesh and T Raja of DRDO, worked relentlessly for 15 days to make the event a grand success.

The event was historic in nature for the DRDO community as envisaged by Chairman-DRDO. The event provided a golden opportunity for the residents to connect with the Mother Nature and also to demonstrate their commitment to social responsibility.