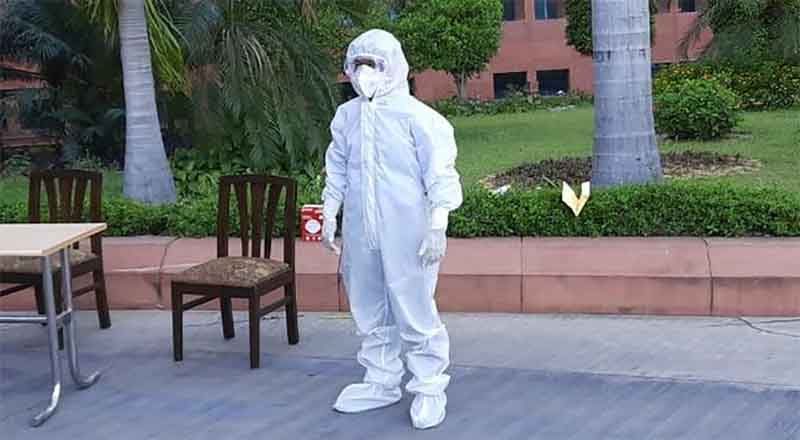 NITI Aayog member and former Defence Research and Development Organisation Chief V K Saraswat called on DRDO to provide ‘more focus’ on its six laboratories that work on life sciences. He was speaking at a video-conference on National Technology Day.

National Technology Day is observed on May 11 every year to commemorate the 1998 nuclear tests at Pokhran and to underline the need for self-reliance in critical areas.

While Saraswat did not directly suggest that the COVID-19 pandemic was related to biological warfare, it is significant that the government is exhorting military laboratories to work concertedly on biological defence.

On April 14, DRDO unveiled a COVID-19 Sample Collection Kiosk, which allows health workers to collect samples from patients without wearing PPE kits, since the kiosk’s shielding screen protects the medical worker from the aerosols of the patient while taking the sample.