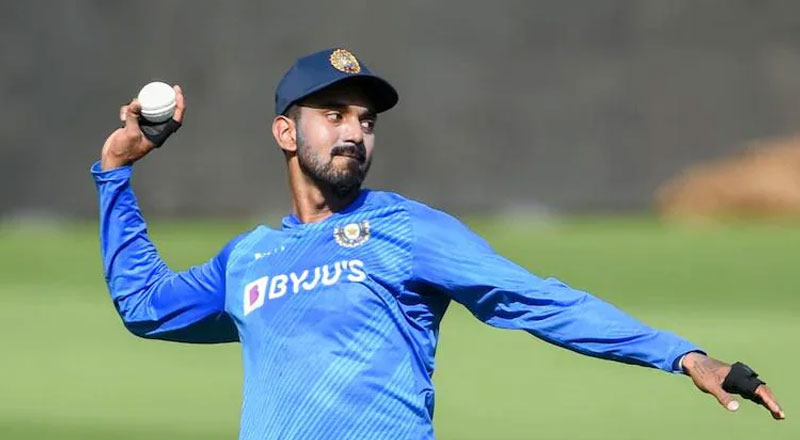 Sanjay Manjrekar has claimed that the absence of KL Rahul will be a big blow for India ahead of the rearranged Test against England.

Former Indian cricketer Sanjay Manjrekar has claimed that KL Rahul‘s absence from the team will be a huge blow for India ahead of the upcoming Test match against England.

Rahul was in good form for the Indian team last year as he scored 315 runs in the four matches he played and his highest score was 129. However, a groin injury has ruled him out of the team to play the rearranged Test and Manjrekar feels it is a big blow for India.

Speaking in a media interaction arranged by Sony Sports, the commentator said that batting will be a big challenge for the visitors at Edgbaston despite having resources to replace the injured opener.

“This time around, with KL Rahul missing out, it’s a massive setback for India. But there is hope in the selection of Shreyas Iyer, if he gets a game and hopefully, Hanuma Vihari figures as well; Cheteshwar Pujara is making a comeback.”

“India have the resources to fill that void. But when you look at India’s seam bowling, there is quality there and quality options as well for them to choose from apart from two spinners. Batting, like last time, will be the big challenge,” said Manjrekar.

The former Indian cricketer said that since India haven’t played in England for almost a year, the challenge will be to score 300 runs in the first innings and put on another big score in the second one.

“Because it’s a one-off Test match and India haven’t played one in a long time in England as they are going there after one year. The team management and all of us know that the big challenge for India is to get minimum 300 runs in the first innings and hopefully, another big score in the second innings,” said Manjrekar.

The commentator also expressed his concern about India’s batting lineup, saying that the top five or six haven’t been in the best of forms.

“Whatever the team composition is planned out, they will always be looking to address the batting issues and with KL Rahul missing being a huge blow for India, if you look at the top five or six, you sort of worried about the batting as you don’t have a situation where you have a number three, four, five, all in great form and recent form playing in foreign conditions,” said Manjrekar.