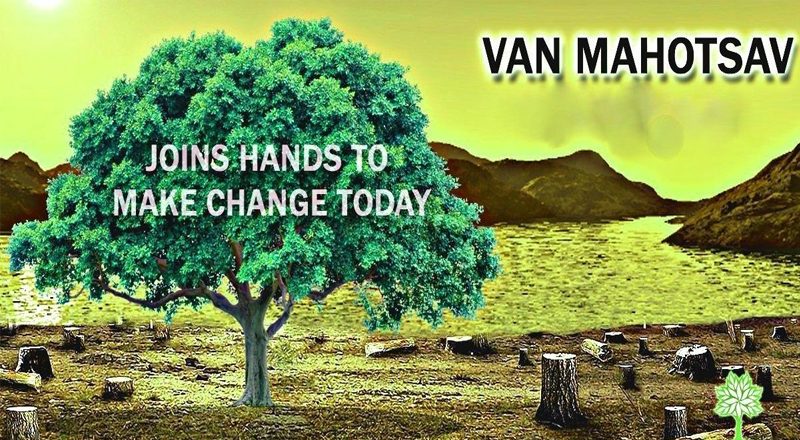 Union Minister of Environment, Forest and Climate Change, Dr. Harsh Vardhan will lead a month-long drive to plant saplings to mark Van Mahotsav starting from July 5.   The plantation drive will be organised at Ram Lila Park, C. C Colony, Model Town tomorrow and in District Park, Paschim Vihar on July 6. The Minister will plant saplings and also distribute saplings for plantation to local residents. Dr. Harsh Vardhan has advised the people to plant native trees because they readily adapt to local climate, integrate into the eco-system, have a high survival rate and are helpful in supporting local birds, insect and animals.

Recollecting the PM Modi’s emphasis on ‘Van Dhan’ to enhance the country’s forest-based economy, the minister said that improving the biodiversity and living in harmony with nature has been a part of our culture for thousands of years, the Environment Minister requested all States and the people at large, to hold plantation drives during the monsoon season.  He also referred to India’s Intended Nationally Determined Contribution (INDCs) to create additional Carbon Sink of 2.5 to 3 Billion Tonnes of CO2 equivalent through additional forest and tree cover by 2030, as has been submitted to UNFCCC under the table guidance of the PM Modi.  He added that such goals can be attained only with the active participation of people on a large scale.

The Minister urged the people to become ‘Green ambassadors’ and participate actively in plantation drives during the period of monsoon, with the spirit of Van Mahotsav.

Van Mahotsav began in 1950, with a tree plantation drive, started by  Dr. K.M. Munshi, the then Union Minister for Agriculture and Food to create enthusiasm among masses for forest conservation and planting trees.