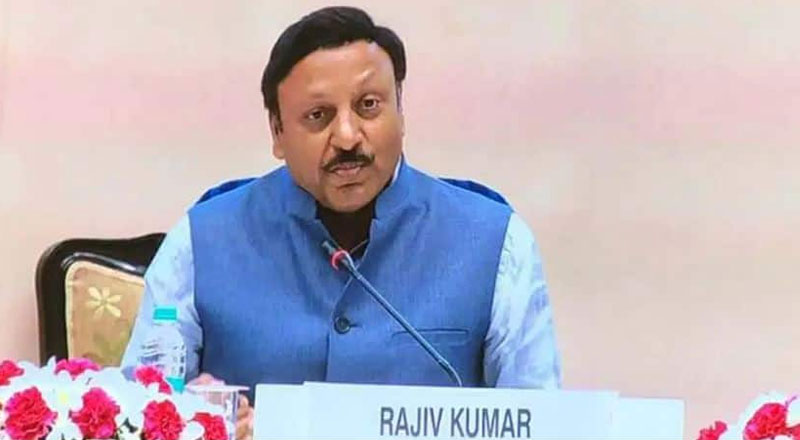 Former finance secretary Rajiv Kumar will be the new chief election commissioner on Sunday (May 15). He will succeed Sushil Chandra for the top post in the poll body.

In a tweet, union law minister Kiren Rijiju said: “In pursuance of clause (2) of article 324 of the Constitution, the President is pleased to appoint Shri Rajiv Kumar as the Chief Election Commissioner with effect from the 15th May, 2022. My best wishes to Shri Rajiv Kumar. (sic).”

Chandra, according to the appointment letter, is set to complete his term on Saturday.

Rajiv Kumar is a 1984 batch Indian Administrative Service (IAS) officer. He has “worked in various ministries at the centre and his state cadre of Bihar and Jharkhand,” a government statement had said earlier.

He had retired as the finance Secretary in February 2020. “He was thereafter appointed as the chairman public enterprises selection board from April 2020 till demitting office on August 31 2020. Kumar has also been the establishment officer, department of personnel and training from 2015-17, and prior to that joint secretary, department of expenditure with earlier assignments in ministry of tribal affairs, ministry of environment and forests as also education department in state cadre,” the government statement reads.

An avid trekker with keen interest in Indian classical and devotional music, Rajiv Kumar took charge as election commissioner in 2020. The latest appointment holds significance as several states gear up to elect new governments over the next one year, including Gujarat and Himachal Pradesh.