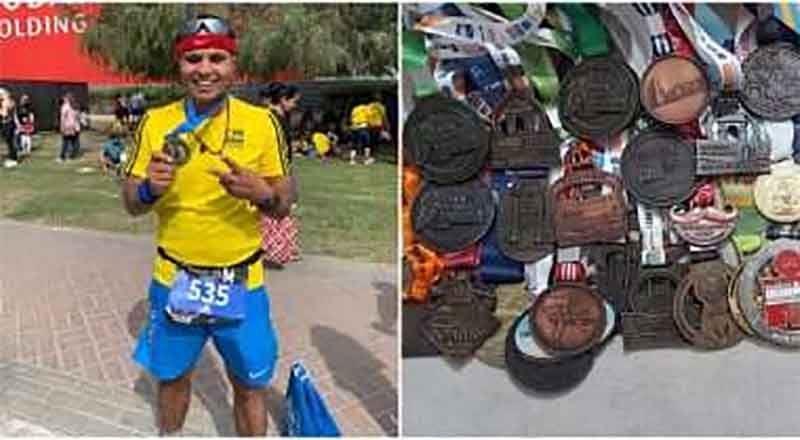 Praveen Teotia was among the Indian Navy’s MARCOS marine commandos who were part of ‘Operation Black Tornado’ at Mumbai’s Taj Hotel in 2008. The Shaurya Chakra awardee took four bullets to the chest, suffered a serious injury to the right part of his chest and suffered damage to his left ear.

Today, Teotia is a marathon runner who has participated in events across the world and has decided to auction his medals to contribute to the fight against COVID-19.

“After Prime Minister Narendra Modi asked for a contribution to the relief fund, I decided to auction 40 of my medals on online platforms. I have already managed to sell two of them and received a sum of Rs 2 lakh. It has been deposited in PM-CARES relief fund,” Teotia told the press.

“These are medals that I have earned with my sweat and tears when I ran after recovering from bullet injuries suffered during the 26/11 attack. So I am giving them away and hoping to inspire others to contribute whatever little way they can,” he said.

“I believe in this fight we are all together. Let us not criticise each other at this moment and stand side by side,” he said.