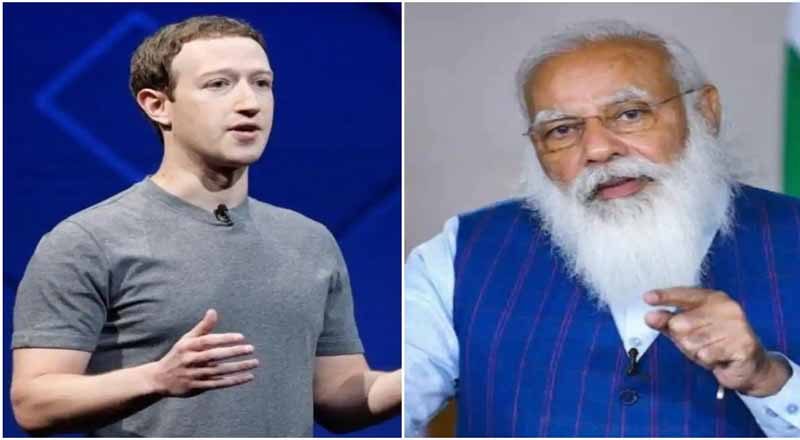 Facebook has blocked posts tagged #ResignModi before restoring them hours later, raised  controversy that’s erupted over government requests to remove social media content as India grapples with an escalating Covid crisis, it has restored it hours later calling it a mistake.

The blocking on Wednesday, Facebook said, wasn’t at the behest of the government.

We temporarily blocked this hashtag by mistake, not because the Indian government asked us to, and have since restored it,” a Facebook company spokesperson said. Meanwhile, Electronics &IT Ministry also clarified saying that the government hasn’t issued any direction to remove the hashtag, and any report that says contrary is misleading.

Facebook periodically blocks hashtags and posts for a variety of reasons. Some of the blocks are done manually and some are automated. The blocking of posts tagged #ResignModi came ahead of polling in the last phase of West Bengal assembly elections.

The Modi government has drawn a lot of flak in domestic and international media for handling of the second wave of COVID infections, India’s total COVID-19 cases passed 1.8 Crore on Thursday after another world record number of daily infections, as gravediggers worked around the clock to bury victims and hundreds more were cremated in makeshift pyres in parks and parking lots.

India reported 379,257 new infections and 3,645 new deaths on Thursday, health ministry data showed, the highest number of fatalities in a single day since the start of the pandemic. India is although the world’s biggest producer of vaccines, India does not have the stocks for the estimated 800 million now eligible.

The world’s second most populous nation is in deep crisis, with hospitals and morgues overwhelmed. The US government has told its citizens to leave India as soon as possible.

Social media timelines are filled with SOS calls with people looking for oxygen cylinders, medicines, hospital beds, plasma donors and ventilators. Organisations across the spectrum have come forward to support the fight against the COVID pandemic.

Government sources had said the social media platforms were asked to remove the posts and URLs (uniform resource locators) to “prevent obstructions in the fight against the pandemic” and disruption of public order due to the said posts.