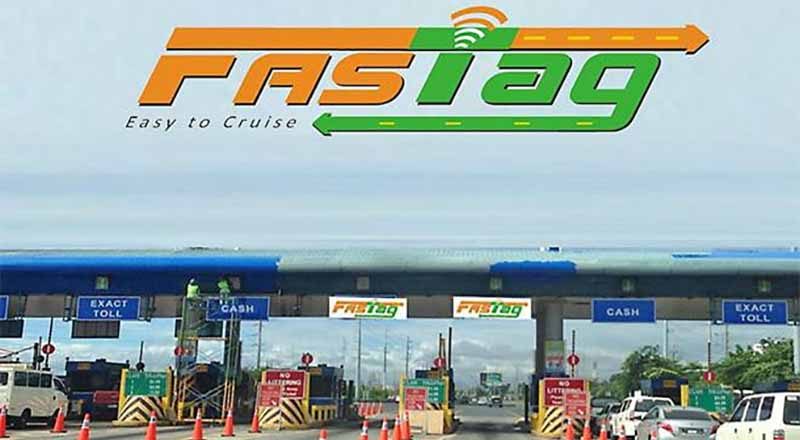 Introduction of  FASTag sales, transactions and toll collections of National Highways Authority of India (NHAI) is primarily to  push the government for digital toll collection, this initiatives is under the Road Minister Nitin Gadkari . It has hoped the difficulties faced by the road users’ during transition will soon be sorted out. However, recently, an instance of FASTag fraud was reported by an Axis Bank FASTag user.

FASTags are prepaid rechargeable tags for toll collection that allow automatic payment deduction from the FASTag, they are normally affixed on the windscreen of your vehicle. With the help of a FASTag, you will not have to stop your vehicle at toll plazas to pay the toll. As soon as the vehicle crosses the toll plaza, the toll fee will get deducted from the bank account/prepaid wallet linked to the FASTag affixed on the vehicle’s windscreen. The FASTags do not have any expiry date, that is, they can be used as long as they are readable at the toll plaza and are not tampered.

FASTags are issued by 22 certified banks through various channels such as Point-of-Sale (POS) at National Highway toll plazas and select bank branches. They are also available on e-commerce platform such as Amazon.

FASTags are ‘bank-neutral’, that is, no bank is pre-assigned to the FASTag at the time you purchase it from a POS terminal or online platform. The online FASTag is based on the concept of DIY (Do-It-Yourself) where you can self-activate it by entering vehicle details in the ‘My FASTag’ mobile app. Android smartphone users can download the My FASTag app from ‘Google Play Store’ and iPhone users can download the app from ‘Apple Store’.

The NHAI (National Highways Authority of India) Prepaid wallet facility is also available in My FASTag mobile app, where you can load money and get your toll fee deducted from the prepaid wallet instead of getting it directly deducted from a bank account.

One can also buy FASTag by visiting the nearest certified bank branch and get the FASTag linked with your existing bank account. FASTag issued by certified banks can charge maximum of Rs 100 for each tag, which is fixed by National Payments Corporation of India (NPCI). However, the actual tag issuing charges are defined by the bank and may vary from bank to bank.

The top up charges may vary from bank to bank and this difference can be seen on respective banks’ website. These charges may vary if you buy the FASTag online because the person who is the seller has also added cost of delivery which by default you need to pay if you are posting your products on amazon. “Amazon’s 20 percent commission is also added to the cost hence it is expensive then the normal rate when you buy online, expert says.

If the FASTag is already linked with your bank account, then there is no need to load money separately in a prepaid wallet. You only need to ensure that your FASTag-linked bank account has sufficient balance to allow for toll payments. However, if you have linked the FASTag to a prepaid wallet (NHAI prepaid wallet), then it can be recharged through various channels such as payment through cheque or through UPI/debit card/ credit card/ NEFT/ Net Banking. Also, additional charges will be levied while recharging the FASTag account through different channels.

There are reports related to FASTags will be rectified soon, says Nitin Gadkari .Taking note of the difficulties faced by the national highway users due to the implementation of FASTag, Gadkari said, “There could be and there (still) are some difficulties in the initial days of implementing (mandatory) FASTags. They should be rectified over the next few days. Surprisingly, our toll income has increased — (at places) where we got Rs 7 crore, we are now getting Rs 85 crore.”

The toll income of NHAI has seen a sharp jump in some plazas, said Minister Gadkari. This jump indicates that the revenue leakages through the cash-based toll collection system are being plugged, say NHAI and Road Ministry officials.

S Sandhu, Chairman, NHAI, speaking at an event on Tuesday, said: “We have seen a sudden increase over the last one month. Tremendous increase in toll collection as the leakages are being stopped with use of technology.”

With NHAI’s plans to install fuel outlets along the expressways, these tags can be used for paying for fuel as well, said Gadkari, adding that this will set an example for good governance. The Minister added that the KYC requirement for this tag will relaxed soon as RBI Governor Shaktikanta Das has agreed in-principle to this proposal.

NHAI has given a massive push to adoption of Fastags. The steps include: providing FASTags for free, as well as incentivising FASTag users by making cash-paying users pay double the toll amount for getting into lanes exclusively meant for FASTag users.

Referring to the queues or delays seen in NHAI toll plazas, Singh said that the queues are a result of peoples’ expectation that the due date would be shifted. That said, General Singh asked the NHAI Chairman to use the data collected through FASTags for the benefit of transportation.

FASTags, which provide a unique identity to each vehicle, are also like the vehicle Adhaar, as they track the vehicles. Fraudsters from all around the world eagerly wait for a vulnerable moment of people’s lives and target them using that vulnerability. It seems that this time around the vulnerability is FASTag, and a FASTag fraud has already taken place.

Recently, an instance of FASTag fraud was reported by leading news portals. According to the reports, with the launch of FASTag, the fraudsters have found a new way of cheating citizens. Before the introduction of FASTag and UPI, the pretext for the fraudsters used to be excuses like verification of bank details, expiration of debit and credit cards and other such online banking related queries made on the internet. As has recently come to light, reports indicate that fraudsters have started targeting FASTag recharge using UPI as one of the pretexts for siphoning money from the bank accounts of gullible UPI users.

The first reported incident was of a man from Bangalore who lost ₹ 50,000 to the fraudsters. The victim of the FASTag fraud said that he received a call from somebody claiming to be an executive. The fraudster sent him an online form to reactivate his FASTag account after knowing that the victim had filed a complaint about his FASTag wallet not working.