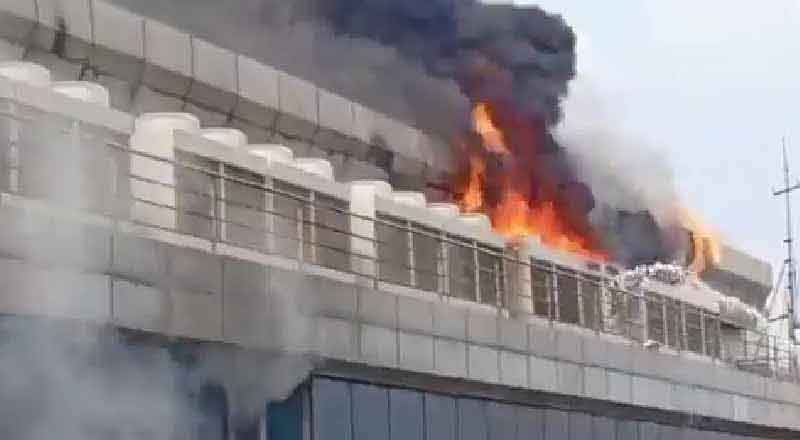 A three story commercial building in Andheri, Mumbai caught fire, said a civil officer. No injuries has been reported as no one was trapped inside. The fire broke out at Rolla Technology Park at 11.30 am.

“It is a major fire. Twelve fire engines are engaged in dousing the flames. All efforts are being made to extinguish the blaze,” the official said.

The fire is confined to the server room on the building’s second floor, he said, adding they are trying to find out what led to the fire.