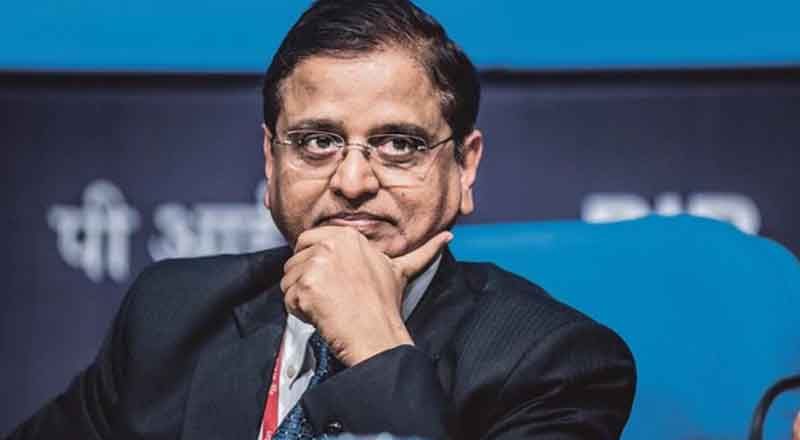 A sharp shortfall in overall revenues is likely to widen the country’s fiscal deficit in the current fiscal year, a former finance secretary, Subhash Chandra Garg has said.

“Actual tax performance has been quite poor. In this, major policy decision of the government to reduce corporate tax rates (desirable as it was considering very high corporate tax rates in the country) has also contributed. Personal income taxes are also growing at a very small rate. GST revenues are also not very robust. There is substantial shortfall visible in excise duties and customs duties, which had a very high asking rate this year. There is every likelihood that there would be a shortfall of Rs 2 lakh crore, plus/minus 25,000 crore, in the tax revenues this fiscal,” Subhash Chandra Garg said in a blog post.

He said only 20 per cent of the disinvestment target of Rs 1.05 lakh crore has been achieved and expressed doubts whether the government will be able to go ahead with the strategic selloff in three large state-run firms such as BPCL, Concor and Shipping Corporation of India this year.

“These three disinvestments, at about Rs 80,000 crore or so, were the biggest hope for achieving the disinvestment target. However, it seems the process is moving slower than planned and it is unlikely that sales of all three, especially BPCL, which was set to provide about 3/4th of this Rs 80000 crore, would be completed by March 31, 2020. Therefore, there is likelihood of disinvestment target being missed by about Rs 50,000 crore this year,” Garg said.

“Taking all these on board, it would be fair to expect the headline fiscal deficit to go up by Rs 1, 30,000 crore to Rs 2, 00,000 crore i.e. 0.6 per cent to 1 percent of GDP. The headline fiscal deficit number, therefore, is likely to be between 3.7 per cent to 4 percent of GDP,” the former finance secretary, who opted for voluntary retirement last year after being shunted out from the finance ministry to power, said.

He estimated that the real fiscal deficit would be around 4.5 per cent to 5 percent of GDP, taking into account spending linked to recapitalisation of banks and financial institutions, payment of food subsidy via the National Small Savings Fund.