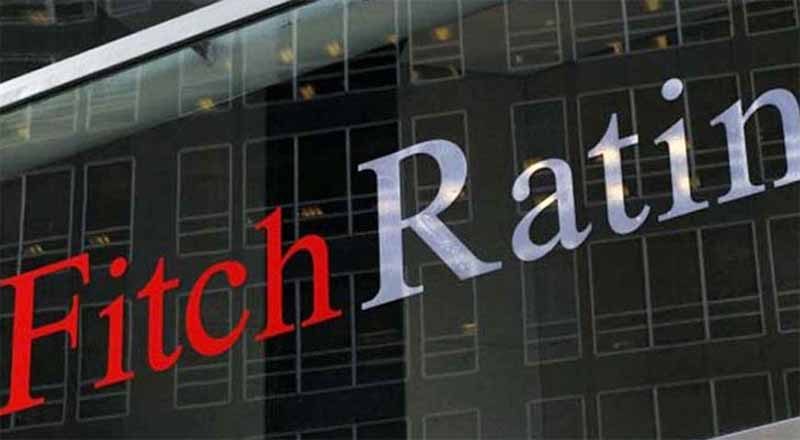 The move is estimated to result in Rs 1.45 lakh crore in revenue loss for the government during FY2019-20. Fitch Solutions on Wednesday raised India’s fiscal deficit forecast to 3.6 per cent of the GDP for this fiscal year, from 3.4 per cent previously, due to weak revenue collections resulting from sluggish economic growth and government’s sweeping corporate tax rate cut.

Fitch said it was revising the fiscal deficit forecast as revenue collection is likely to fall far short of the projections in the FY2019-20 Union Budget due to weak goods and services tax (GST) and corporate income tax collections.

“At Fitch Solutions, we are revising our forecast for India’s central fiscal deficit to come in at 3.6 per cent of GDP in FY2019-20 (April–March), from 3.4 per cent previously, reflecting our view for a larger slippage versus the government’s 3.3 per cent target.

“We believe that this will mainly be due to weak revenue collection as a result of sluggish economic growth and the government’s sweeping corporate tax cut in September amid no intention to reduce fiscal spending,” it said.

The government on September 20, had announced that it would be slashing corporate income taxes for domestic companies to 22 per cent from 30 per cent previously. This would bring effective corporate tax rate, including all additional levies, to about 25.2 per cent, for companies which are not receiving any incentives or exemptions.

New manufacturing companies formed after October 1, will enjoy a 15 per cent (effective rate of 17 per cent) corporate income tax rate, versus 25 per cent previously. The move is estimated to result in Rs 1.45 lakh crore in revenue loss for the government during FY2019-20.

“We are revising our revenue growth forecast to 8.3 per cent (from 13.1 per cent previously), which is significantly below the government’s budget projection of a 13.2 per cent growth,” Fitch said citing sweeping corporate tax cuts and weak GST collections and import tariffs as the reason for the same.

Corporate tax accounts for 28 per cent of total receipts. Therefore, the sharp reduction in tax rates will drag heavily on revenue collection. “Separately, we expect weak private consumption growth to weigh on GST collection and this is already being reflected in the growing shortfall in GST collections thus far in FY2019/20,” it said.

The IL&FS’s default amid fraud allegations also caused a credit crunch for industry rivals and a subsequent surge in their borrowing costs. This saw NBFCs significantly cut back on lending activity in the months that followed which resulted in six consecutive months of year-on-year contractions in vehicle sales from March-September 2019.

“We expect weakening merchandise imports to pressure import tariff revenues despite a hike in tariff rates charged on certain goods introduced in the FY2019-20 Union Budget. Growth of merchandise imports has been on a slowing trajectory since Q2FY2018-19 and even went into contraction in Q2FY2019/20,” Fitch said.

It also revised down expenditure growth forecast for FY2019-20 to 12.1 per cent (from 13.7 per cent previously), below the government’s 13.4 per cent projection.

“Despite the finance minister saying in September that the government has no plans to cut back on expenditures, we believe that weak revenue collection will eventually constrain the government’s ability to maintain its spending targets,” it said.

There are chances that the government may seek to stimulate growth through fiscal spending, given a dismal 5 per cent real GDP growth print in Q1 of FY2019-20 versus an already weak 5.8 per cent growth rate during Q4 of FY2018-19.

“This could see the deficit come in wider than our expectations,” it said.

On the upside, the government could seek another large capital injection from the Reserve Bank of India (RBI) via its interim dividend paid in March which could see the central deficit come in smaller than the forecast.

The RBI follows a 12-month period from July to June and pays an interim and final dividend to the government based on its profits.