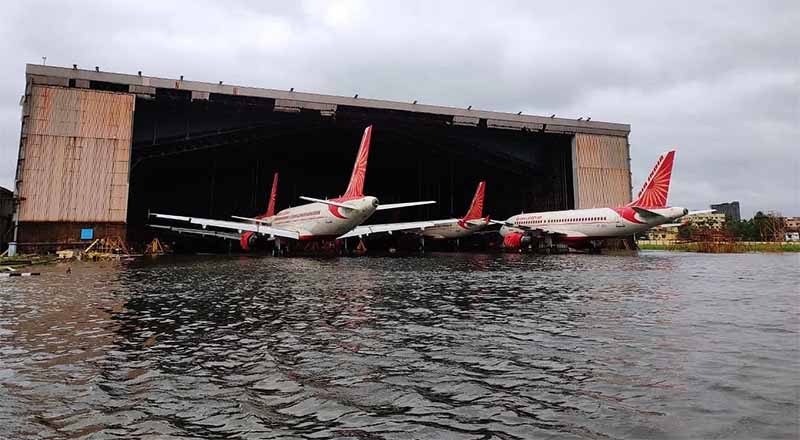 As if COVID-19 was not enough, on May 20, Bengal was worst hit by cyclone Amphan that tore through West Bengal leaving a devastating wreck in its wake, structures as the Kolkata airport, too, sustained damages. Photos of a flooded runway, a collapsed hangar, and an airplane damaged under a collapsed roof have emerged on social media, showing the extent of damage the city went through.

All operations at the airport were shut till 5 am on Thursday, 21 May. Only cargo and evacuation flights are operating for now, reported a news channel. Passenger flights were already suspended since the COVID-19 lockdown began in March.

People took to social media to share videos of the condition of the airport on the morning of 21 May, after the cyclone had blown over. At least 10 people have died due to the cyclone in West Bengal and property worth thousands of crores has been damaged. The cyclone left behind a trail of destruction in Kolkata, Hooghly, North and South 24 Parganas districts.