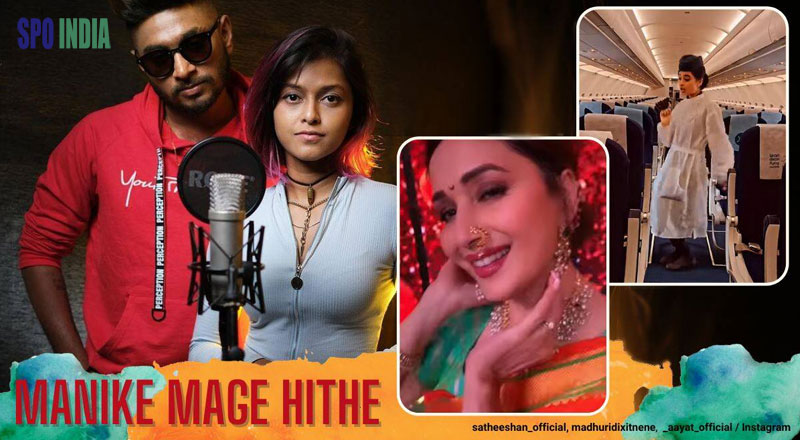 Sinhalese singer Yohani has become an overnight sensation ever since her song, Manike Mage Hithe took the internet by storm. The song garnered attention from not only the commoners but also Bollywood celebs including Madhuri Dixit, Parineeti Chopra, Tiger Shroff, Rannvijay Singha, Neha Kakkar who were seen grooving to it.

Recently, former Maharashtra chief minister Devendra Fadnavis’ wife Amruta Fadnavis was seen crooning the hindi version of the song. She posted the cover version of it on Instagram, which has garnered several views.

In the video shared by her, Amruta can be heard giving it her own twist as she infuses some happening beats to it. It has Amruta recording the song in a studio as well as grooving to some cool moves, dressed in a red and white number. Her screen presence instantly grabs attention.

While sharing the video, she captioned it by asking her followers to take a chill pill in these heated political times with her song –

“#Amidst the ongoing Heated Political Times,take a Chill Pill with this Kool song !Lyrics by – Dev #anniversaryspecial Inspired by #manikemagehithe of Internet sensation #yohani #hindiversionofmanikemagehithe”

Amruta Fadnavis’s hindi version of the popular song has garnered more than 25,000 views as soon as it was shared on Instagram.

Amruta is a trained classical singer and has lent her voice to Sab Dhan Mati for the movie, Jai Gangaajal. Besides this, she has crooned many songs penned to promote the betterment of society.