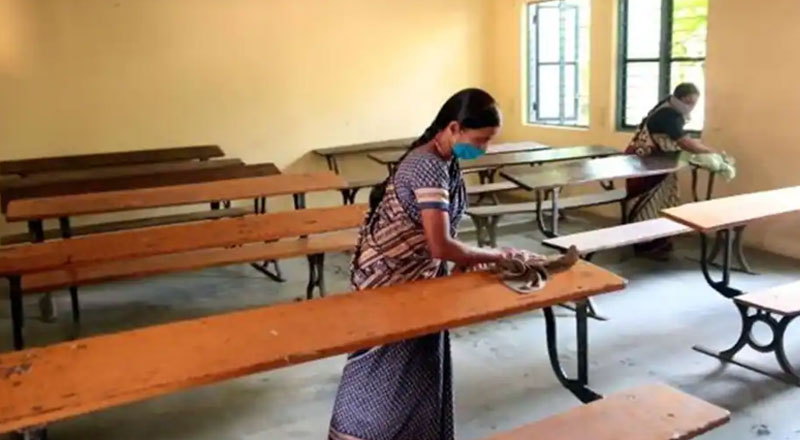 One of the schools, located in Ghaziabad’s Indirapuram, has announced three days closure while the school in Noida has moved to an online mode of classes for a week in a bid to control the spread of the infection.

The in the past few days after receding sharply in February and March. Three students enrolled at two private schools in Ghaziabad have tested coronavirus positive, while 16 cases including three among teachers were reported from a school in Noida, officials said on Monday (April 11, 2022).

One of the schools, located in Ghaziabad’s Indirapuram, has announced three days closure while the school in Noida has moved to an online mode of classes for a week in a bid to control the spread of the infection.

Ghaziabad Chief Medical Officer Dr Bhavtosh Shankhdhar said that of the three students, two are from one school and of these two, one lives in Noida.

“Their Covid-19 test results were known while the students were at their homes and not in school. We will be carrying our tests and vaccinations in the schools,” the doctor told the PTI news agency.

Asked if the children have been diagnosed with the latest XE variant of the virus, the senior doctor said the details are yet to be ascertained.

An official of one of the schools, where two students were found positive, informed that the school has announced three days’ closure but thereafter it will remain closed for Easter Holidays and reopen for physical classes next Monday only

In Noida, 13 students and three teachers of a school have tested positive for the infection, prompting them to switch to online classes, according to the district health department officials.

“We have decided to go online and sanitize the school completely. Students will return for offline classes on the 18th of April. Those infected would carry their RAT (rapid antigen test) report,” a school source told PTI.

All cases would be reported to the health department and follow up will be done, the source added.

According to Union Health Ministry, Uttar Pradesh currently has 293 active Covid-19 cases. The state has so far recorded 20,47,307 recoveries and 23,499 deaths.