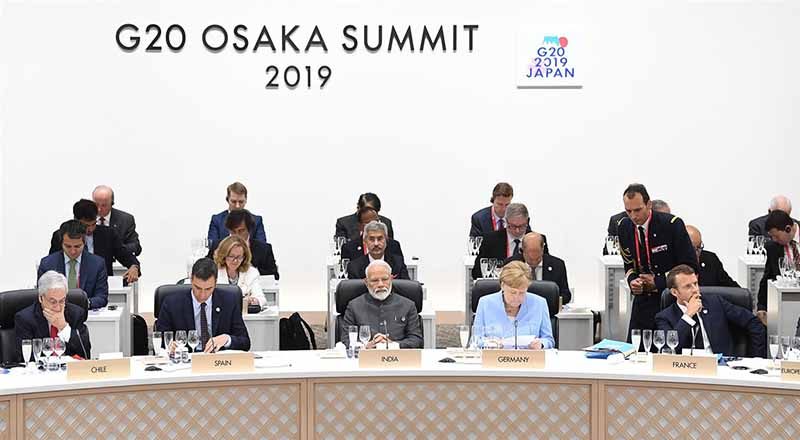 The recent visit of PM Modi, held nine bilateral engagements and three multilateral meetings and his meeting with US President Donald Trump became the highlight of his visit. PM Modi has been talking to his global peers about 5G technology, trade, data localisation, terrorism and other host of other issues. The most sough decision of India to ahead with the data localisation policy, where the US firms including Google, Mastercard, Visa and Amazon have lobbied against data localisation rules around the world including India.

President Donald Trump opposed data localisation and policies restricting the digital trade. Data needs to take into account the requirements of developing countries, India said on Friday even as. Addressing a press conference after PM Narendra Modi met Trump here on the sidelines of the G20 Summit, Foreign Secretary Vijay Gokhale said, India recognises the importance of the interface between trade and the digital economy.

“We also affirm the role of data for development. From our perspective, data is a major issue, it is an issue which we are also domestically looking at where international rule-making is taking place, Vijay Gokhale said. He further said, India’s view and the view of other BRICS countries is that data should be discussed within the World Trade Organization (WTO) context and not outside the WTO context.

India’s stance on the subject was earlier conveyed by Minister of Commerce and Industry, Piyush Goyal at the recent G-20 ministerial meeting in Tsukuba, Japan. He said, “We believe all nations should appreciate that the digital divide within and across nations is a serious impediment for developing countries to benefit from Digital Trade. India continued its strict stance against such free flow of data with Indonesia and South Africa.

“The US seeks a future of digital trade that empowers all of our people. We look forward to working with other G20 members to advance an open, fair and market-based digital economy that provides for the free flow of data and brings new prosperity to all of our nations,” the US President added.

Recently, the Reserve Bank of India issued a directive on ‘Storage of Payment System Data’ and advised all system providers to ensure that within a period of six months, the entire data relating to payment systems operated by them is stored in a system only in India, for effective monitoring.

staying on its side. Many US companies have raised concern over the issue of data localisation and its impact on their operational cost.

PM Modi talked about 5G technology for wireless communications. PM Modi told him President Trump, on the concern on this new area in communication that provided an opportunity for collaboration between India and the US.

Lastly, as India is going to be the next billion users in Mobile phone and PM Modi emphasised on how the billion users can get benefitted and India is the second largest market in the world and Modi pointed out the need to collaborate “to see how we can leverage this.