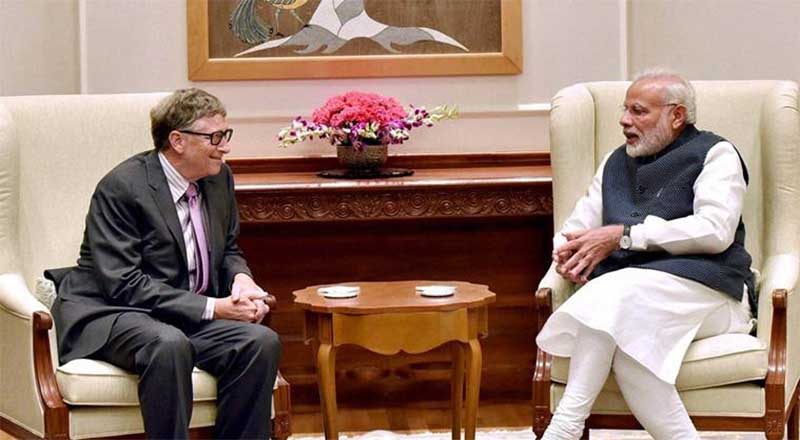 Prime Minister Narendra Modi will be presented with the 2019 Global Goalkeeper Award, a ‘special recognition’ that celebrates a political leader who has “demonstrated their commitment to Global Goals through impactful work in their country or globally’.

The Justice For All coalition delivered 100,000 petition signatures to the Gates Foundation’s Seattle headquarters on Monday, asking them not to honor Modi’s Swachh Bharat Mission. Bill and Melinda Gates aren’t backing down from honouring Prime Minister Narendra Modi despite concerns about the Kashmir region.

The prime minister will also address global leaders and corporate executives at the Bloomberg Global Business Forum during his visit for the high-level UN General Assembly (UNGA) session. The Gates Foundation in a statement said, it respects the petitioners’ views, but Mr. Modi will receive its annual Goalkeepers Global Goals Award for providing 500 million people in India safer sanitation.

“We work on the specific issues where we believe we can have the greatest impact for the world’s poorest,” the Gates Foundation statement said.

The Gates Foundation’s annual event focusing on global inequality on September 24 and 25 coincides with the UN General Assembly gathering and has drawn big-name politicians and celebrities, from Barack Obama to Ed Sheeran.Mr. Modi will be in the U.S. next week to receive the foundation’s award. Prime Minister Modi will also attend a rally with President Donald Trump in Houston.

The White House said Trump will use the ‘Howdy, Modi! Shared Dreams, Bright Futures’ event to “emphasize the strong ties between the people of the United States and India” and reaffirm the two countries’ strategic partnership.