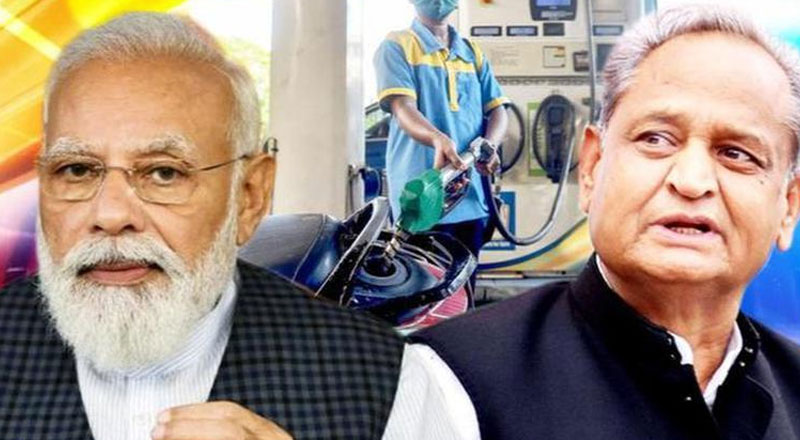 The comments came hours after Modi asked states, including Rajasthan, to reduce Value Added Tax (VAT) on fuels at a meeting with chief ministers.

Gehlot said the BJP-led government at the Centre has earned about ₹26 lakh crore from excise duty on fuels in eight years. He said this is the highest any government has earned in the country’s history by taxing petrol and diesel.

Modi said the Centre cut the excise duty but many states did not reduce VAT to provide relief to people.

Gehlot maintained Rajasthan reduced VAT by 2% on petrol and diesel in January 2021 even as the Centre did not reduce the excise duty. He added the Centre imposed a new cess of ₹4 on diesel and ₹2.5 per litre on petrol in the name of agriculture infrastructure and development two days after the state budget (2021-22). Gehlot said due to this, people in Rajasthan could not benefit from the VAT reduction..

“To give relief to the common person, the state government on November 17, 2021, reduced VAT on petrol by 4.96% and on diesel by 6.70%. Due to the reduction made thrice by the state, there was a revenue loss of about ₹6300 crore per year,” said Gehlot. He added Modi only mentioned the revenue loss of ₹6000 crores of BJP-ruled Karnataka and ₹3500-4000 crores of Gujarat. “These two states would probably have been mentioned in view of the upcoming assembly elections there.”

Gehlot said during the previous Congress-led government, the states used to get their share of excise duty. “But now the share of the states has been continuously reduced to just a few paise per litre, so the states are forced to increase their VAT.”

State BJP chief Satish Poonia said the Centre has reduced excise duty on petrol and diesel but the Gehlot government was not reducing VAT and that is why people are not getting relief. He added the BJP-ruled states such as Karnataka, Gujarat, Uttar Pradesh, and Haryana have reduced VAT for relief to the common person.

Due to the high VAT, smuggling of petroleum products is at its peak in the state…[This has] led to the closure of 1,500 petrol pumps in about 17 border districts of the state… (MANISH)