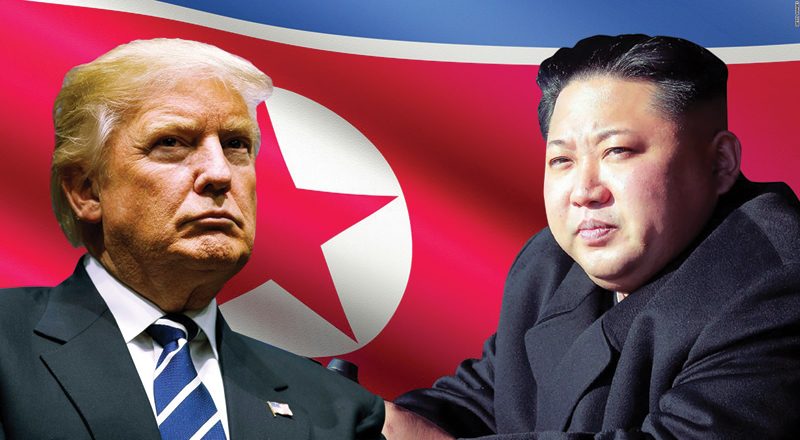 North Korea was behind the “WannaCry” cyber attack in May that disrupted businesses and government services worldwide, including the National Health Service (NHS) in England. Security Minister Ben Wallace said Britain believed “quite strongly” that the ransomware attack came from a foreign state. WannaCry infected more than 300,000 computers in 150 countries in a matter of days, demanding victims pay ransoms starting at $300 to regain access to their machines.

As the tension between North Korea and the US continues to grow, the possibility of war is rapidly evolving into a probability. Hence, North Korea is poised to deliver a devastating blow to the United States economy with a series of high-tech electromagnetic pulse (EMP) attacks, which would plunge the world into chaos. Politicians in the US are said to be alarmed by the growing threat of a high-altitude nuclear blast and the resulting electromagnetic pulse.

North Korea has already carried out a series of missile tests amid World War 3 fears.

What is EMP attack?

An EMP attack would fry the circuitry of mobile phones and wipe out online banking, food resources and the USA’s financial systems, resulting in a global financial crash, claimed Simpson. The blast of electromagnetic energy also has the ability to take down aeroplanes in flight and cause trains to stop in their tracks.

Tension between North Korea and the United States has been building after a series of nuclear and missile tests by Pyongyang and bellicose verbal exchanges between Trump and North Korean leader Kim Jong un, stoking fears that any miscalculation could lead to an armed confrontation.

The catastrophic blackout would be worst in cities, because it would instantly deprive the population of access to drinking water, refrigeration, heat, air conditioning, and telecommunication. Food stores would be looted within a matter of days, and gas stations would cease to function without electricity.

Without Internet access and power, all commerce and advanced methods of communication would stop. There would be no TV, radio, phones, Credit card transactions and cash withdrawals at banks would be impossible. Paper money would become worthless, and Bitcoin would cease to exist, along with the stock market.

If something like that were to happen, I don’t think it is at all likely, but when North Korea is boasting about it, then, of course, the whole world would suffer if there was a major breakdown of the United States, China – that would be absolutely devastating to the world economy.

US politicians and major utilities have kicked the can down the road when it comes to EMP preparation. Edison Electric estimates that shielding transformers for the US grid system could cost $20 billion.

The only current option after an EMP attack would be to replace damaged or destroyed transformers. However, says Scott Aaronson, managing director for Cyber and Infrastructure Security at Edison Electric, replacements for those transformers must be procured from foreign suppliers, which could take up to 18 months.

The US President left all options on the table when he was asked if he would react with military force to North Korea’s latest weapons test, telling reporters: “We will see.” However, the Secretary of Defence, General James Mattis was more direct in his threats of military action as he refused to rule out a devastating end to the Kim regime through the USA’s “many military options”.

General Mattis said, “Our commitment among the allies is iron-clad. Any threat to the United States or its territories, including Guam, or our allies will be met with a massive military response, a response both effective and overwhelming. We are not looking to the total annihilation of a country, namely North Korea, but as I said we have many options to do so. The USA has assembled an impressive arsenal, which includes a sophisticated anti-missile system, as it looks to intimidate the Kim regime.”

The Terminal High-Altitude Area Defence (THAAD) system, despite criticism from Pyongyang, is ready and waiting to intercept missiles and destroy incoming projectiles while they are in mid-flight.

The Trump administration’s North Korea policy consists of declaring that America’s patience has run out, refusing to negotiate, hinting at preventive war and hoping that China bails it out. Barely anybody familiar with the relationship between the two countries, the world believes China’s leaders will make North Korea denuclearize just because Trump tells them to. Yes, China wants to calm Trump down so he doesn’t start World War III. All eyes are on China wanting to know how it will maintain stability on its border.