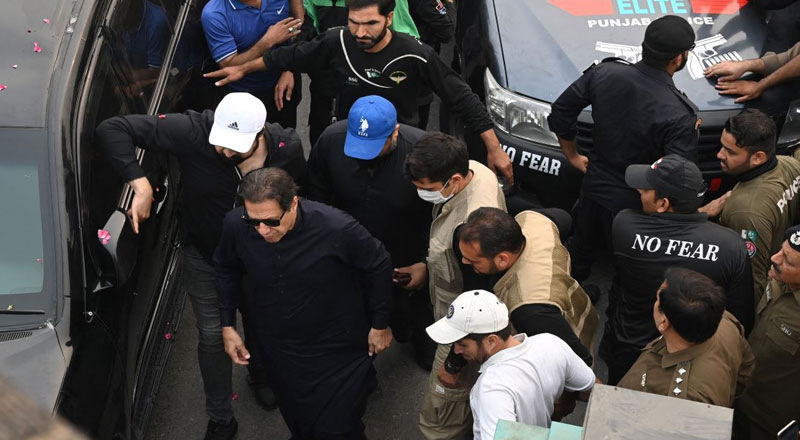 A day after being shot at during Pakistan Tehreek-e-Insaf’s rally in Wazirabad, former prime minister Imran Khan, who has been admitted to a hospital, said that God has given him a second life. This was his first appearance on camera after the attack on Thursday.

According to ARY News, Khan received multiple bullet injuries on both of his legs. Shortly after the incident, he was taken to a hospital in Lahore.

In visuals accessed by India Today, a seemingly injured Khan was seen lying on a hospital bed with a cast on his right leg. His eyes were open and he could be seen murmuring too. Sources said that he deemed the situation his rebirth, granted by God.

The 70-year-old was wounded when unknown assailants allegedly fired gunshots at the PTI supremo. Khan was shot while he was standing atop a container truck as it slowly drove through a thick crowd of supporters in Wazirabad in Pakistan’s Punjab province.

“Imran Khan is stable, bullet fragments remain, and he has been taken to the Operation theatre. The bullet chipped one of his tibia bones. Doctors will make a detailed statement later”, says Dr Faisal Sultan of Shaukat Khanum Hospital said.

The cricketer-turned-politician had been leading a convoy of thousands since Friday from Lahore to the capital, Islamabad, seeking fresh elections after being ousted from office in April this year by a no-confidence vote.

On Thursday evening, he was shot at in the legs amidst a thick crowd. One of Khan’s supporters was killed in the attack while nine people, including Imran Khan, have been injured.

There was a guy who was in front of the container who had this automatic pistol. He fired a burst. Everyone who was standing in the front row was hit,” the former information minister in Imran Khan’s cabinet, Fawad Chaudhry, who was behind Khan on the truck, told news agency AFP.

He said that the attackers shot at Imran Khan with an AK-47. Chaudhry deemed it as a ‘targetted attack’.