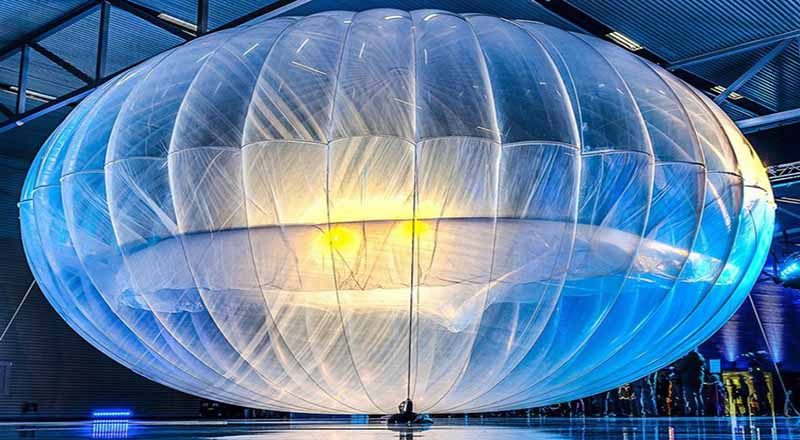 The idea behind Loon was to bring cellular connectivity to remote parts of the world where building a traditional mobile network would be too difficult and too costly and getting the internet to the “next billion” people.

Alphabet is shutting down Loon. Loon was positioned as the company’s high-profile, cutting-edge efforts. But it was difficult to turn into a business. However, However, its biggest obstacles may be geopolitical in nature and less on the technical side.

Google also partner with the Government of India in 2015, with state-run telecom operator BSNL to share its telecom spectrum. It will use the 2.6GHz band to test beaming internet from the sky. Google claims each balloon can provide connectivity to a ground area of about 40km in diameter using 4G tech. To use LTE, google has partnered with telecom companies to share spectrum to enable people to access internet directly from their phones.

Loon system is solar-powered, and the energy collected powers communication equipment while powering the navigation system. It claims that it is the world’s first deployment of reinforcement learning in a production aerospace system. Loon’s balloons float high in the stratosphere, around 20km (12.4 miles) above sea level. Experts predicts that, the technology could collect intelligence-related information, which would help to create content for the Google earth and there could spying concerns could drag at Google’s Project Loon .

The balloon’s path will be controlled by changing its altitude, so that it can optimally use wind speed and direction. The altitude will be altered by pumping or releasing air to raise or lower the balloon.

The idea behind Loon was to bring cellular connectivity to remote parts of the world where building a traditional mobile network would be too difficult and too costly. Alphabet promoted the technology as a potentially promising way to bring internet connectivity to not just the “next billion” consumers but the “last billion.”

The giant helium balloons, made from sheets of polyethylene, are the size of tennis courts. about 15m wide and 12m tall . They were powered by solar panels and navigated by flight control software that used artificial intelligence to drift efficiently in the stratosphere. While up in the air, they act as “floating cell towers,” transmitting internet signals to ground stations and personal devices.

Last year, it announced the first commercial deployment of the technology with Telkom Kenya to provide a 4G LTE network connection to a nearly 31,000-square-mile area across central and western Kenya, including the capital, Nairobi. Before then, the balloons had been used only in emergency situations, such as after Hurricane Maria knocked out Puerto Rico’s cellular network.

The decision to shut down Loon is another signal of Alphabet’s recent austerity toward its ambitious and costly technology projects. Under Ruth Porat, Alphabet’s chief financial officer since 2015, the company has kept a close watch over the finances of its so-called Other Bets, fledgling business ventures aimed at diversifying from its core advertising business.