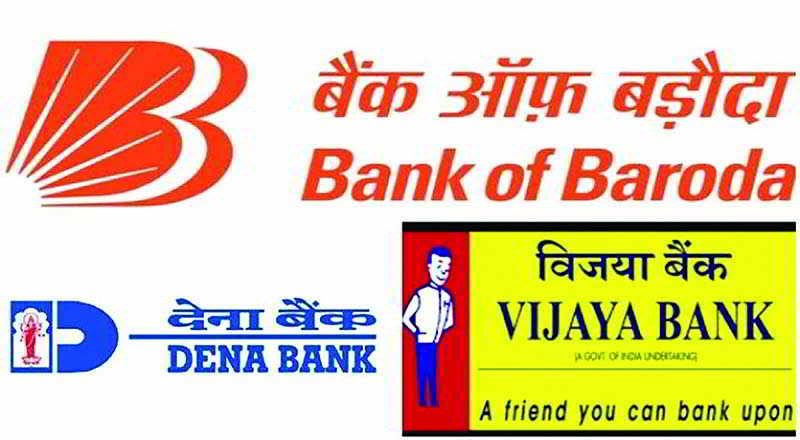 The government has proposed amalgamation of three public sector banks – Bank of Baroda, Vijaya Bank and Dena Bank. With a combined business of approximately Rs.15 lakh crore, the new entity will be the third-largest bank in India after the State Bank of India and ICICI Bank.

The amalgamation proposal to the banks’ boards is taken in a meeting of the Alternative Mechanism Body chaired by Finance Minister Arun Jaitley and attended by Railway Minister Piyush Goyal and Defence Minister Nirmala Sitharaman. Financial Services Secretary Rajiv Kumar has commented that the banks’ board will examine the proposal. This amalgamation is meant to increase banking operations.

Arun Jaitley has assured the employees of the two relatively smaller banks that no employee will face adverse service conditions as a consequence of the amalgamation. Vijaya Bank currently has 15,874 employees and Dena Bank 13,440. The amalgamated entity will have over 85,000 employees, across approximately 9,500 branches. The amalgamation exercise is likely to be completed in 4-6 months and the name of the combined entity will be decided later.
The key difference between a merger and an amalgamation is that a merger is a union of two or more enterprises whereby the assets and liabilities of one are vested in the other, with the effect that the former enterprise loses its identity. On the other hand, an amalgamation is a coming together of two-three corporate entities where the assets and liabilities of all of them are vested with a new entity, with the effect that all of them lose their identities to form a new entity.